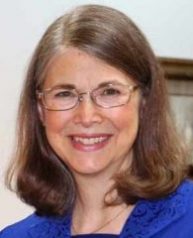 The Joel 2:28 outpouring that began on the Day of Pentecost nearly 2000 years ago continues throughout the world today, but we are still waiting to see what it looks like when it will reach “all flesh.” It will be an outpouring greater than we can imagine—more like Niagara Falls than a rainstorm. We can foresee that this move is going to require “all hands on deck”!

A friend once told me about an acquaintance of hers who left a church where the Holy Spirit was moving to go back to a denominational church because it was “predictable.” Many have left their stations in the work of God as a result of saying “no” to the Holy Spirit: “I’ll go this far, but no farther.” These have gone out to live and/or minister at that level and below.

As we talked, I felt that some of these who have been set aside to wander for “40 years in the wilderness” with leanness in their souls will be drawn back in. All these who have been side-tracked by their own lusts and rendered ineffective by the accuser of the brethren will return, repentant, to bring in the great Harvest now at hand. They have already been trained in the things of God and are “captives” of darkness to the degree of their compromise. We are on the verge of their rescue and restoration.

While we were discussing these issues, I suddenly saw a picture in my spirit of a huge, atomic mushroom cloud. You may know that people at ground zero in Hiroshima and Nagasaki were instantly “vaporized” or “incinerated” and all that remained of some of them was their shadow, etched in the walls of the nearby buildings.[1] As I saw the mushroom cloud, the Lord began to pour the following message into me:

We are at ground zero of an “atomic” explosion of God’s mighty, heretofore unseen power. All the known and expected of God’s power, including all the miracles of the Bible (the parting of the Red Sea, the sun standing still in the Valley of Aijalon, the creative miracles of the Gospels and the book of Acts) will be like the commonly known atoms before they are split to release the energy of the atomic bomb. When that explosion takes place, everything at ground zero, everything “normal” will be vaporized and a pillar of the expected/known/Biblical miracles will billow/shoot upward. But then a splitting of those known miracles will occur, releasing the unknown power of God to form the top of the mushroom cloud, billowing out above the pillar of the known, to reach far beyond the known into the reaches of the domain seen by Ezekiel, Daniel and John the Revelator—into that which Paul described as “unlawful [impossible] to be uttered” (2 Cor. 12:2-4).

Those who will cling only to the “normal/predictable” will be “vaporized” and disappear from the scene. Those who will lay aside their need to control and will yield to God, will reach into this explosion of God’s glory and be catapulted into miracle ministry. And those who will be willing to let God shatter and smash their preconceived understanding of God, will be changed into the image of the resurrected Christ. They will receive their glorified bodies with their anatomical structure rearranged at the atomic/molecular level — restoring the power of God to each atom. They will come and go like the wind and pass through walls like Jesus in His glorified body. These will be used in the power and demonstration of God’s unknown power to be vessels of miracles heretofore unknown.

This power goes beyond reason. This place is for those who will go beyond the fear of death and die that they might live — those that will submit to the grace of God to pass through total weakness and dependency upon God to allow the strength of God to be perfected/fulfilled within.

The day Jesus forgave and healed the man who was let down through the roof, the people said “We have seen strange things to day.” The Greek word for “strange things” is paradoxos (Strong’s #3861). It means “beyond expectation/opinion. Something beyond one’s expectation, a miracle. In Luke 5:26, it was used to express new things, miracles not hitherto seen, and thus beside and beyond all opinion and expectation of men.”[2] Get ready to go beyond human expectation!

Jesus promised His disciples that they would do the same works that He did and greater works in John 14:12. The Greek word megas translated here as “greater” can mean “great of number and quantity: numerous, large, abundant” or it can be “used of intensity and its degrees.”[3] At the end of his account of the Gospel, John reported, “And there are also many other things that Jesus did, which if they were written one by one, I suppose that even the world itself could not contain the books that would be written. Amen” (John 21:25).

We see that the disciples in the Book of Acts experienced greater miracles than they had seen Jesus do. There’s no record that the shadow of Jesus healed anyone, but Peter’s did (Acts 5:15). It was a kind of wonder that went beyond Jesus’ recorded miracles. There’s no record of Jesus sending a handkerchief to heal someone, but it happened in Paul’s ministry (Acts 19:12) and it’s fairly common to us to have prayer cloths sent out to heal the sick. These were acts of the Holy Spirit.

The outpouring of the Holy Spirit on the day of Pentecost in Acts 2 was referred to by Peter as “That which was spoken by the Prophet Joel,” but they didn’t see the fullness of the outpouring that we are still expecting that will be on ALL flesh — every person on the planet. That is yet to come, and there will be even greater works than what have been recorded in the Word of God in that outpouring. I have recently understood that just as Jesus was resurrected on the “Feast of Firstfruits”(of the barley harvest) as the “firstfruits” of the resurrection, that the outpouring on the day of Pentecost (celebrating the firstfruits of the wheat harvest) and the book of Acts were the “firstfruits” of the Joel 2:28 outpouring that will be the greatest harvest ever with amazing, unprecedented signs and wonders.

Paul quoted Isaiah’s prophecy (Isaiah 64:4) in 1 Corinthians 2:9 and goes on to give more revelation about it in the ensuing verses. “But as it is written: ‘Eye has not seen, nor ear heard, Nor have entered into the heart of man The things which God has prepared for those who love Him.’ But God has revealed them to us through His Spirit. For the Spirit searches all things, yes, the deep things of God. For what man knows the things of a man except the spirit of the man which is in him? Even so no one knows the things of God except the Spirit of God. Now we have received, not the spirit of the world, but the Spirit who is from God, that we might know the things that have been freely given to us by God. These things we also speak, not in words which man’s wisdom teaches but which the Holy Spirit teaches, comparing spiritual things with spiritual. But the natural man does not receive the things of the Spirit of God, for they are foolishness to him; nor can he know them, because they are spiritually discerned.”

A few months ago as I was waiting on the Lord for instructions about the Global Outpouring, He said, “Align yourself, your heart, your mind, your emotions, your expectations with Mine. The day of Pentecost was just the beginning. What took place there was the seed of the dream I have — My ultimate intention. The book of Acts was the microcosm of the ‘all flesh outpouring’ I am about to do.

“When you focus on Me and My plan, the details will fall into place as I lead you. The results will be beyond your imagination. It will be like the book of Acts on steroids. But don’t focus on the results. Focus on Me.”

God has amazing plans for the days that are coming for those who are intimately related to Him. Those who will allow Jesus to live His abundant life through them as He did when He walked the earth will carry the anointing that comes from profoundly connected prayer. They will do whatever they see our Father doing, and say only what they hear our Father saying. This deeply loving submission to the Holy Spirit will produce a kind of obedience that will see heretofore unknown miracles and demonstrate the love of God to the lost, drawing them into His Kingdom in the coming unprecedented Global Outpouring and Harvest.

[3] From the Outline of Biblical Useage from https://www.blueletterbible.org/lang/lexicon/lexicon.cfm?Strongs=G3173&t=KJV accessed 22 April, 2020.