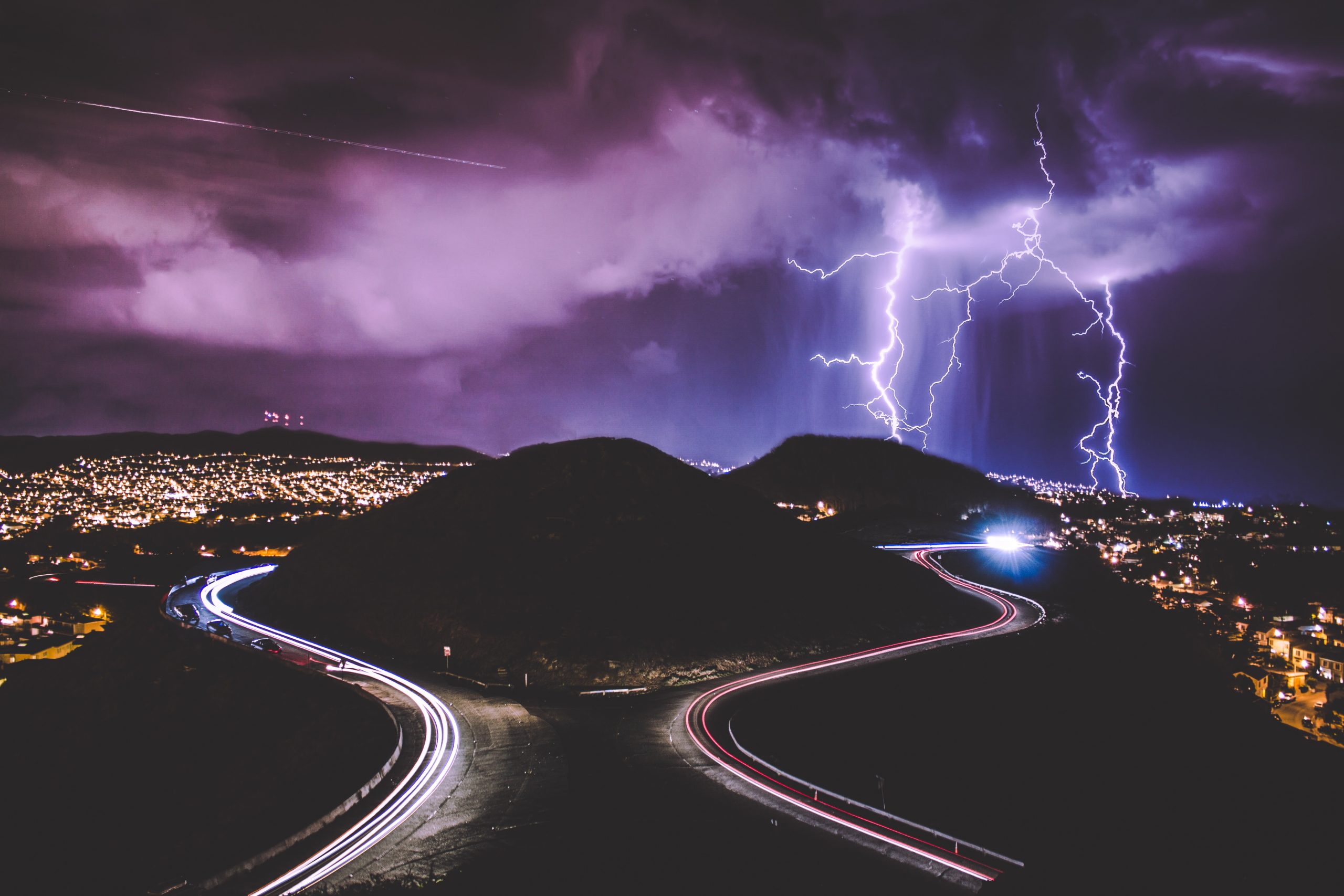 “Hasten thou, escape thither; for I cannot do anything till thou be come thither…” (Genesis 19:22a)

The angels said to Lot, “Hast thou here any besides? son-in-law, and thy sons, and thy daughters, and whomsoever thou hast in the city; bring them out of this place; for we will destroy this place, because the cry of them is waxed great before the Lord; and the Lord hath sent us to destroy it.”

“And Lot went out and, and spoke unto his sons-in-law, who married his daughters, and said: ‘Up, get you out of this place; for the Lord will destroy the city.'” (Genesis 19:12-14)

Let us accompany Lot as he visits one of his married daughters and her husband:

It was now about midnight, and the family was fast asleep when the son-in-law hears Lot knocking on their door. He gets up to see what is happening. To his amazement he hears old father Lot begging him to take his wife and children and escape from the city. The son thinks Lot is crazy. He laughs at him, and tries to humour him. No doubt he said to him, “What has gone wrong with you, Dad? You wake us up in the middle of the night, and tell us to leave our homes and escape somewhere? Come back in the morning. We will talk about it then!” And he goes back to bed with his wife — Lot’s daughter. She, having been disturbed, asks her husband, “What is going on?”

“You wouldn’t believe it!” the husband says, “I think your old man is going crazy. He wants us to leave the city immediately. He says God sent an angel to tell him that He is going to destroy it. He must have had a bad dream.”

“Poor Dad!” says his wife. “He is getting old and childish.” She cuddles up to her husband, “Are the kids all right?”

Soon they are fast asleep again — a sleep from which they would never wake, for even that same night the destruction comes suddenly.

The same kind of drama takes place in both of the daughter’s homes. When Lot returns to his house it is early morning. The angels try to hurry him, “Arise take your wife, and your two daughters that are here: lest thou be swept away in the iniquity of the city. ”

But he lingered — either to collect his valuables (many have been destroyed because they tried to save these precious possessions in the time of danger, such as fire, flood, earthquakes, and wars). Maybe he was reluctant to leave. The Haftorah tells us, “All that scripture tells of Lot is characteristic of a weak, irresolute character. ”

Finally, the angels, whose mission it was to save Lot, grabbed him by the hand, and took hold of Lot’s wife’s hand, and the hands of the two daughters, and mercifully brought them forth and set them down outside the city. They commanded them, “Escape for thy life, look not behind thee, neither stay in all the Plain, escape to the mountains, lest thou be swept away.”

But rebellious, spoiled Lot, who had always gotten what he wanted from Abraham said, “Oh, not so, my Lord, behold now, thy servant hath found grace in thy sight, and thou hast magnified thy mercy, which thou has shown unto me in saving my life; I cannot escape to the mountain, lest the evil overtake me, and I die. Behold now, this city is near to flee unto, and it is a little one; oh, let me escape thither…is it not a little one? — and my soul shall live.”

“And the angel said, … See, I have accepted thee concerning this thing also, that I will not overthrow the city of which thou has spoken. Hasten thou, escape thither; for I cannot do anything till thou be come thither, ‘—Therefore the name of the city was called Zoar (little).”

And as Lot and his wife and two daughters came into Zoar, the sun had just risen in the eastern horizon.

As soon as the sun rose, the Lord caused fire and brimstone to be rained upon Sodom and Gomorrah from out of heaven. He overthrew the cities and all the Plain, and all the inhabitants of the cities died, and all vegetation in the Plain was destroyed, and is still destroyed to this day.

But Lot’s wife looked back. (She lingered behind) and was overtaken by the brimstone and the fire from which the others escaped. The Bible says that she turned into a pillar of salt. Josephus claims to have seen it in his day.

The Haftorah tells us that “a similar fate befell lingering refugees from Pompeii. An account of what happened to one woman reads, ‘Her body became encrusted and saturated with a nitrous and saline substance that very likely preserved it for some time from decay.”

When we drive along the Dead Sea, the tour guide points out to all pilgrims a rock made of salt shaped like a woman. It is still called “Lot’s Wife.”

Will God again send fire upon our cities because of their great wickedness? Some prophets prophecy that He will.

Let the righteous, who dwell in their cities, not mock the warning, but be ready to escape — when, and if it comes!