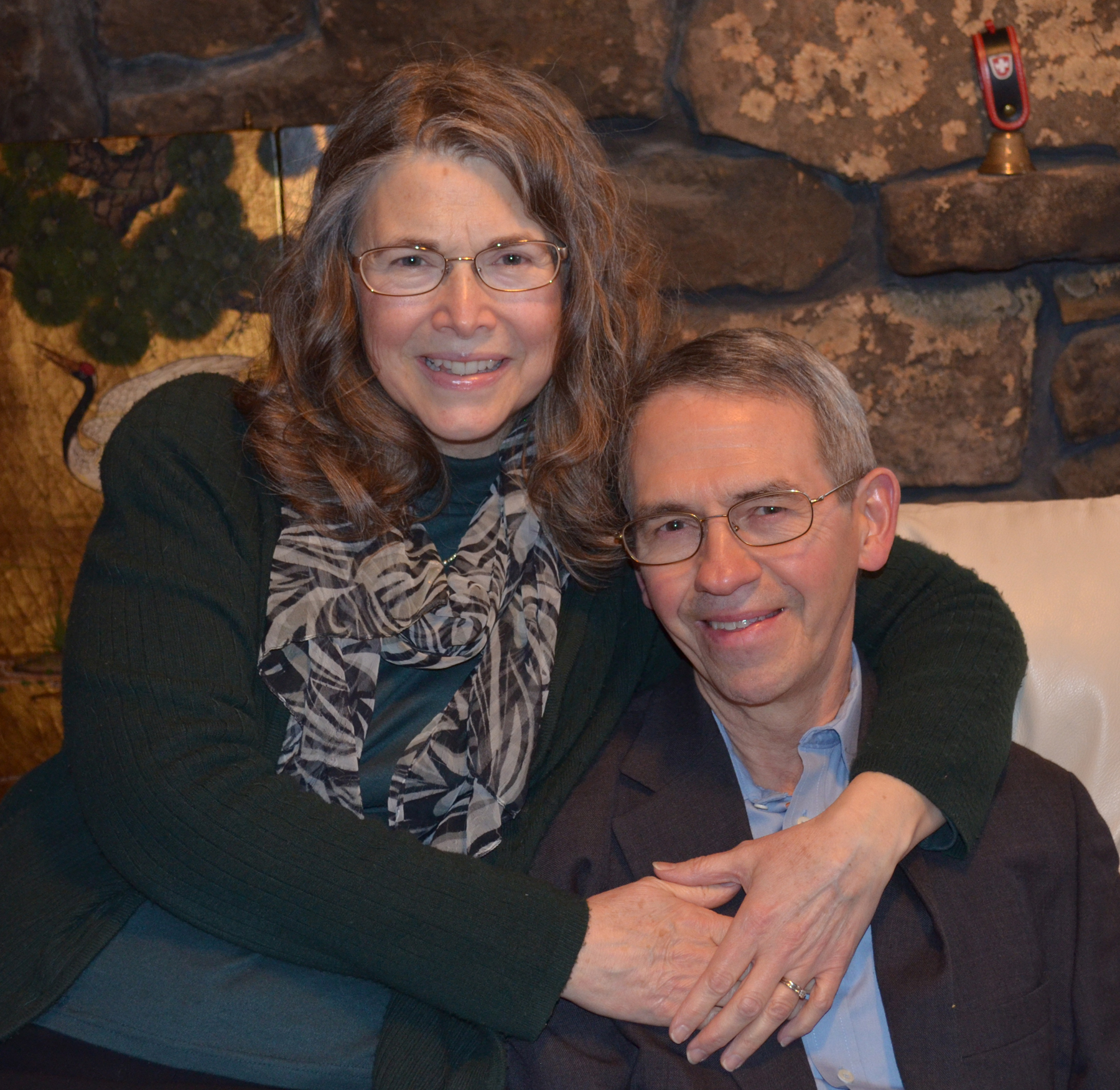 Love and greetings from Engeltal with Habakkuk 2:1 (NIV).  “I will stand at my watch and station myself on the ramparts; I will look to see what he will say to me, and what answer I am to give to this complaint.”

We are all hustling around in Engeltal, getting ready for next week’s Harvest Gathering event, October 10–13. The theme is “On the Ramparts of Intercession. You may not have made plans to come, but the Holy Spirit is making a call for the “Minutemen” to drop their plans and bring their personal anointing to add to the corporate anointing for amazing breakthroughs in intercession. This is a critical time in our nation and the nations of the world! This is an amazing time! This is a turning point!

A man called over the weekend to say that he heard God speak something to him about prayer. He said that “we’re not pushing through in prayer. We need to push back the evil through prayer. If we would push it, we could gain ten to twenty years or more, but we have settled for evil.” It’s time to push back the evil from the ramparts of intercession!

During World War II, Rees Howells and the Bible School of Wales met together daily for intercession. What the Holy Spirit prayed through them strategically was what played out on the battlefields, and ultimately caused the downfall of the Nazi regime.

Our main speaker for this event, Dr. Sam Matthews, has the mantle of Rees Howells. When I approached him about speaking for this event, he told me that the Holy Spirit had him cancel all of his international travel for September and October so that he could be on the ramparts of intercession, and that our Father wanted him to be with us for this event.

We also felt to invite Claren McQueen to minister in worship and intercession. We know that we will go into the heights of the Spirit, into the heavenlies before the Lord. The Lord has put an important message on my heart as well.

The Holy Spirit is calling for Minutemen Intercessors who can drop everything to come and help us pray through! This is a spiritual war and the weapons of our warfare are not carnal, but they are mighty through God to the pulling down of strongholds! It is time to pray like never before!

During Desert Storm, we had strategic intercession here in Engeltal that played out on the battlefield as it was prayed out here. Come to Engeltal (the German word for the Valley of Angels) to participate in sending the angels to battle. I sense that they are already gathering here now, then I learned that Linda Gladman just saw one a few days ago, glowing in the night.

Let us put on the whole armor of God (Ephesians 6:11-13), the armor of light (Romans 13:12, 14), and prepare our hearts to join in the corporate battle to defeat darkness in our nation and in the earth! Let us legislate as God’s ekklesia declaring the Word of the Lord! Let us appeal to the Court of Heaven TOGETHER as the Body of Christ, overcoming by the Blood of the Lamb and the word of our testimony!

Come and pray with us as God transforms Engeltal into a Legislative Prayer Center for His Kingdom!

So we invite you to come here to Engeltal and stay with us to help press this battle to the gates as we meet at the Ozark Glory Tabernacle. You can get more information from our website and register online, or call us at 870-446-2252.

Schedule
(Subject to change by the Holy Spirit)

In between sessions, soak in the Presence of the Lord and pray in our chapel (and our amazing bookstore will be open to let you stock up on anointed literature, music, etc.). Meals and accommodations are available here in Engeltal, starting with supper at 5:00 PM on Wednesday and ending with lunch on Saturday.

Israel News: Since our brother, Gene, is in the Philippines at this time with Pete Snyder, his input for the prayer letter is a short report from there. I “just happened” to open a couple of very timely, interesting news reports from Israel that we are putting in this time.* The Orthodox Jewish people are taking careful note of the signs of the times and they are looking for the Messiah intently. Let us pray that they find Him!

There is a tradition in Judaism that Messiah ben Joseph will come and be killed before Messiah ben David comes. When Jesus was growing up in Nazareth (the name Nazareth comes from the Hebrew word netser which means Branch as in Isaiah 11:1), He would have been known as Yeshua ben Yosef (Joseph), the son of the carpenter. The Greek word for carpenter (tekton, Strong’s #5045) corresponds to the Hebrew word charash (Strongs #2790). Charash is a very interesting word that comes from a primitive root that means “to scratch, i.e. (by implication) to engrave, plough; hence (from the use of tools) to fabricate (of any material); figuratively, to devise (in a bad sense); hence (from the idea of secrecy) to be silent, to let alone; hence (by implication) to be deaf (as an accompaniment of dumbness)…” Of the 73 times the word is used in the Old Testament, 41 times it refers to being silent, “holding one’s peace,” etc. And Isaiah 42:19, referring to Jesus, asks, “Who is blind, but my servant? or deaf, as my messenger that I sent?” The word “deaf” in this passage is from the same root as the work for carpenter!

So it’s not surprising that Yeshua the carpenter is just like Joseph of old who kept silence when his brothers showed up in Egypt to buy food. Joseph pretended to be “deaf” to their conversations in Hebrew, as though he didn’t understand. Joseph’s brothers didn’t recognize him when they met with him as the Viceroy of Egypt. He was dressed as an Egyptian, spoke as an Egyptian, and treated them harshly as they might expect an Egyptian to do. Joseph’s motives were pure; he tested his brothers before he revealed himself to them, anticipating the time when he would see his younger brother and father again. He needed to know what was in their hearts, and when he found them to be humble and repentant, he revealed himself to them. Then he made provision for their every need.

For nearly 2000 years, Jesus has been hidden from the vast majority of His brethren, in the process of fulfilling the prophecy of Isaiah 11:10, as the root of Jesse that the Gentiles would seek, finding Him to be a glorious resting place. He’s been dressed up like a Gentile, speaking like a Gentile, and the Church treated the Jewish people harshly, misunderstanding God’s Plan and purposes.

Our God is just and righteous and does everything according to His Word. He had to allow a corrupt priesthood that was manipulated by the Roman government to come into power in order for Jesus to be sacrificed as the Passover Lamb that would ultimately defeat the power of death for all mankind. It had to be the priesthood that brought the accusation in order for Him to receive the sins of the people and make an atonement for us, becoming sin for us. It was the High Priest that laid hands on the atonement sacrifice that imparted their sins to it to die in their place. No other people group could be responsible for making that sacrifice—it had to be the priesthood of Israel. That’s how God set it up. And only a corrupt priesthood would have insisted on Jesus dying for the people so that they wouldn’t lose their positions of power.

On the cross, when Jesus said, “Father, forgive them, for they know not what they do,” He was placing their act under the provision of the law of a sin of ignorance in Numbers 15:8. “And the priest shall make an atonement for the soul that sinneth ignorantly, when he sinneth by ignorance before the Lord, to make an atonement for him; and it shall be forgiven him.” We have so limited the mercy of Our Father by our lack of understanding!

70 Years: Jeremiah prophesied that Judah would go into captivity in Babylon for 70 years. When Daniel realized that the 70 years had come to pass, he set himself to pray and fast, repenting of the sins of his fathers so that God’s Word could be fulfilled. I believe we are in an exciting time to pray and intercede for a fresh fulfilment of Isaiah 35:5 that Jesus began fulfilling when He walked in Israel, “Then the eyes of the blind shall be opened, and the ears of the deaf shall be unstopped.” Let’s pray like never before for an outpouring of the Holy Spirit to enlighten the eyes of their understanding and give them an open ear to hear the Word of the Lord!

I can’t tell you how excited I am about our Jerusalem Summons tour and worship/intercession time! This year is so significant, being the 70th year of the modern State of Israel. I’m encouraging everyone who is going with us to watch the Paul Newman movie Exodus and Ingrid Bergman’s final performance in the movie, Golda. These two films will help you get an impression of the history of modern Israel and the price that was paid by the early immigrants.

Now that 70 years have passed for modern Israel, I believe it’s time for “Messiah ben Joseph” to reveal Himself to His brethren in a greater measure than ever before! Pray, beloved! Pray!

Thank You! We are deeply grateful to all who pray for us and give to help us obey God. We so appreciate you, and hope to see you soon! Thank you for joining us in prayer “On the Ramparts of Intercession”!