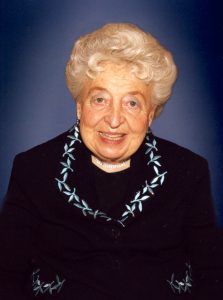 Gwen R. Shaw founder of End-Time Handmaidens, Inc. died on January 13, 2013.  After graduating from a Canadian Bible School, she answered the call of God to go to China in 1947. Since missionary organizations were returning their senior missionaries to the field following World War II, none to which she applied would accept her; she then traveled, by faith, to the northwestern region of China, ministering there until her city was endangered by the fast-approaching Communist army. She escaped on the second to last flight out of Lanchow, the nearest airport – a three-day journey. With the door closed to China, Dr. Shaw continued to fulfill her call to the Chinese by ministering in Taiwan and Hong Kong, where she lived until 1970.

In 1963 she received a double-portion anointing after a time of fasting and prayer. From that time on she has served God in about 115 nations of the world, with Holy Ghost fire, signs and wonders following in her trail. In 1970, after a lengthy fast, the Lord burdened her to call out the “End-Time Handmaidens” to reap the harvest in the nations of the world. It was after this that she founded the organization which is known by that name.

She is also author of over 50 books and has composed many songs of worship.

Dr. Shaw was also led of the Lord to found the End-Time Handmaidens International School of Ministry in 1988. It is an anointed school with a vision for teaching the deep truths of God’s Word, imparting a burden for the nations to God’s people.