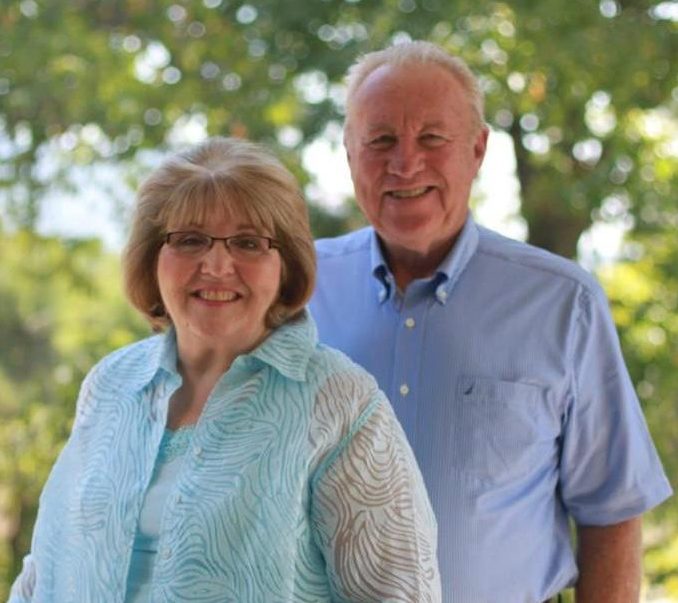 Jesus said unto her, I am the resurrection and the life.  He that believeth in me, though he were dead, yet shall he live.  And whosoever liveth and believeth in me shall never die.  Believeth thou this?  She saith unto him, Yea, Lord I believe that thou art the Christ, the Son of God, which should come into the world.  And when she had so said, she went on her way, and called Mary her sister secretly, saying, The Master is come and calleth for thee.   John 11:25-28

Greetings from Jerusalem.  Once again, this city is filled with pilgrims who come up here to pray, to worship, and walk its streets.  The voices of many nations can be heard on the streets as tour buses and groups of eager participants walk to the holy sites. This year, the Hebrew, Greek, and Gregorian calendars have nearly overlapped with the celebrations of Passover, Unleavened Bread, and Resurrection Day celebrations. The whole country is also on vacation.

Over 100,000 Israelis, religious and non-religious, attended the Blessing of the Cohanim, held at the Western Wall this week. Here, the descendants of the Temple priests prayed the blessing from Numbers 6:24-26, over the crowds.  Even U.S. Ambassador to Israel David Friedman was present for the event.

“He is Risen, He is Risen Indeed”
Last week Sharon and Philip Buss, Marylois and I, and others from the ETH prayer tour attended the Sunrise service at the Garden Tomb.  Here, along with thousands of others, we sang and worshiped the risen Christ.  Noted author R.T. Kendall encouraged our faith.  Then as one body we shouted the refrain: “Christ is risen, he is risen indeed!”

The Friday before, we were privileged to hold a Passover Service in the House of Peace with 28 in attendance.  We, as one, drank the four cups, demonstrated the 10 plagues, and meditated on the life-giving shed blood of the sacrificed Lamb which brought deliverance from the death angel.  Paul writes “For even Christ our Passover is sacrificed for us” (I Cor. 5:7).  John also declares that “the blood of Jesus Christ his Son, cleanseth us from all sin” (I Jn. 1:7).

The Feast of Unleavened Bread
The Feast of Unleavened Bread is also ongoing this week.  All leaven has been removed from the houses of the faithful, in accordance with God’s command to cleanse your dwelling (Ex. 13:7, Deu. 16:3-4).  Grocery stores have “walled off” leaven products behind paper barriers.  You can’t buy anything with yeast in it, including dog food, certain cosmetics, medicines, bread, or even legumes (beans).  All bakeries are closed.

Leaven or yeast is a type of sin.  Paul writes that “We are to purge out the old leaven”, meaning we as Christians should also live in purity and separation from the corrupting influence of sin in our lives (I Cor. 5:7-8).  Since we are made “unleavened” (pure) by the atoning sacrifice of Jesus, our lives should reflect a holiness and devotion to the Lord.  Paul counsels that we are to “lay aside every weight and the sin which does so easily beset us” in order to be unhindered with our walk with the Lord.

Matza:  The Bread of Affliction
We, too, all this week have been eating “the bread of affliction” (Lechem oni:  bread of humiliation) as scripture calls matza.  Actually it is quite good, when you slather it with butter, chocolate Nutella, or horoset (a sweet dark colored paste made from apples and walnuts), representing mortar.  Thank you, Marcelene and Robert, for bringing this delicious gift to the House of Peace!

The matza we eat (as well as everyone who is Jewish) has a special appearance.  It has stripes which look like bruises and piercings throughout. The Rabbi’s say that it’s made this way to make the bread cook fast.  Each matza from start to finish takes only 18 minutes to cook.  This limited time supposedly will keep all the yeast out. Yet in doing so, the process creates the perfect symbolism that God initiated long ago.  Jesus was beaten and bruised and pierced for our sins. He was and is the only sinless person on this earth. His body is represented by the matzo. Even in modern day Judaism, God’s plan of redemption through Jesus Christ is still obvious through the creation of the matza.

The Day of the Tire
The Gaza Strip is small coastal enclave ruled by an Iranian sponsored Islamic terrorist organization called Hamas (“violence” in Hebrew).  This Strip contains about two million Muslims and shares a 32-miles border with Israel, as well as a 7-mile border with Egypt.  For the past week, Hamas has endeavored to stir up its citizens to participate a “Great March of Return,” cumulating May 15th when the United States opens its embassy in Jerusalem.  This “march” includes active demonstrations along the Israeli border, where participants are encouraged to destroy the border fence and invade Jerusalem.  Last week 17 Gazans were “killed” in the demonstrations, although no validation of their deaths was seen (Old photos of Hamas members killed in past riots were published by Hamas).  The IDF has positioned its army near the borders and set in place snipers to stop Hamas activists. Israel says that those who were shot constituted a security risk and approached no-go zones on the border.

This week, Hamas has ordered its followers to bring and burn 12,000 car and truck tires along the border. The smoke from these burning tires supposedly will hide those rushing to destroy the border fence and confuse the IDF.  Hamas is also calling on women to bring mirrors to reflect the sun and blind IDF forces.  Hamas also announced that it will pay families of those killed during this protest: Bereaved families will receive $3,000, while family members of protesters seriously wounded will receive $500. Families of protesters who are moderately wounded will receive $200.

Israel has called on the world environmental agencies as well as the United Nations to protest the burning of these tires which will certainly bring about a environmental “catastrophe,” and severe reduction in air quality.   A Gaza resident and academic published a post on his Facebook page criticizing Hamas for giving a green light to the environmentally-damaging measure. He wrote:  “It is worth Hamas knowing that the winds, which are usually westerly, will be easterly on Friday due to the bad luck that won’t leave Hamas as long as it continues lying to its people,” he continued, despite the risks of voicing such public criticism. (www.ynetnews.com)

Senior Israeli government sources who insist on anonymity, say that the recent events are part of a larger Hamas plan, which is expected to reach its peak on May 15.  “Hamas is interested in gradually fanning the flames, until May 15,” the source told Arutz Sheva. “And from there, they want to lead an escalation which will bring about another round of fighting in Gaza.” (www.israelnationalnews.com)

A Dwelling Place for Shepherds
Long ago, the prophet Zephaniah spoke that Gaza (the sea coast) would be a dwelling place as well as cottages for shepherds and folds of flocks.  And then this coast would be for the remnant of the house of Judah (Zeph 2:4-7).   Perhaps by Hamas’ continuing their attacks against Israel, they will bring God’s reproach and judgment upon their own houses.

Please Pray
Pray that the plans of the wicked shall bear no fruit.  Pray that the plots, plans, and strategies of Hamas will fail.  Let there be no escalation and no war this year with Israel.  Pray Proverbs 13:9:  “The Lamp of the wicked shall be put out.”  Pray for peace.  Pray for a change of leadership in Gaza.  May the people there come to reject war and violence and seek after good.

Pray that the winds blow from the East this week, pushing the smoke, the flames, and the toxins back to Gaza City and out to the sea.  The LORD God through Amos the prophet speaks of a day when “I will send a fire on the wall of Gaza, which shall devour the palaces there of” (Amos. 1:7).   Perhaps this is a day when this word will be fulfilled.

A Fountain Opened
Zechariah prophesies that “In that day there shall be a fountain opened to the house of David and to the inhabitants of Jerusalem for sin and for uncleanness” (Zec. 13:1).  Jesus, by his death on the cross some 2000 years ago, opened that fountain for all.  As John writes: “For God so loved this world that he gave his only begotten son, that whosoever believeth on him should not perish but have everlasting life.”  There is a fountain here opened in Jerusalem for all.  His eternal blood still speaks of our redemption.

As I write this, I am hearing the great bell from the church of the Holy Sepulchre toll.  Every minute its sound courses through the city, reminding all of Jesus’ sacrifice.  It’s Greek and Russian Orthodox  holy week here in the city and Resurrection Sunday is coming again.  One day soon the dead in Christ shall also arise, and we who are alive shall meet Him in the air.  Halleluiah and amen.

“He is risen, He is risen indeed!”
Gene and Marylois,
House of Peace, Jerusalem