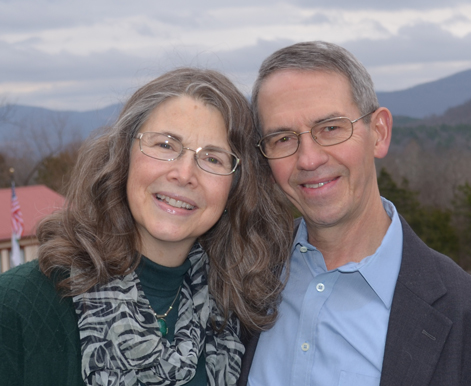 Loving greetings from Engeltal! What an amazing day in which we are privileged to live!!! Just last week, President Trump announced the United States’ recognition of Jerusalem as the capital of Israel. Imagine that! Nearly 70 years of Israel’s existence as a State, recognized by the United Nations, and no leader had the backbone to declare the truth of its capital for fear of what might happen! Fear keeps you in bondage (Hebrews 2:15)!

And he announced his intention that the US Embassy be moved to Jerusalem. Having spent a good deal of time in Jerusalem, it came to our attention that a new, high-tech US Consulate was built in Jerusalem in 2010, just on the other side of the “Green Line” in what was “no-man’s land” between 1948 and 1967. Their website declares, “The U.S. diplomatic presence in Jerusalem, first established in 1844, was designated a Consulate General in 1928. It now represents the United States in Jerusalem, the West Bank, and the Gaza Strip as an independent mission…” It was built as a part of the State Department’s agenda to promote a Palestinian state, but also with the stated possibility of becoming the embassy in the future. All that is lacking to make it the embassy is the Ambassador and to change the sign. If this is the time for the embassy to be moved, all they have to do is pack up the Ambassador, David Melech Friedman (the name could be interpreted, David King Peaceman) in Tel Aviv and move him to Jerusalem. That’s an interesting end-time scenario: King David is coming to Jerusalem to be the man of peace! Let’s pray in tongues over that!

Of course the threats of violence from Israel’s Muslim neighbors is a concern. Let us pray into the precedent that was set in South Africa when Nelson Mandela was elected. The threats of violence and expectation of a bloodbath were brought before the Lord by His people with prayer and fasting, and the transition took place peacefully. Pray for peaceful transition with this Embassy move. The Muslims have a mindset that they must go along with whatever is the will of Allah, and, although we realize that that deity is not the same as Jehovah, the God of Israel, when they pray, they also address the Creator—and He’s listening!

As we were praying about that this week, I felt moved by the Holy Spirit to pray for Imams (Muslim clerics/leaders) to get the revelation from God that this recognition of Jerusalem and moving of the US Embassy is pleasing to the Creator and that they should not incite rioting and bloodshed. Just a couple of days later, I received a video link  put out by Middle East Research Institute of an interview on Kuwaiti TV with  prestigious Arab writer, Abdullah Al-Hadlaq, who spoke out FOR Israel. He declared, “There is no occupation. There is a people returning to its promised land…. Like it or not, Israel is an independent and sovereign state… It exists, and it has a seat at the United Nations, and most peace-loving and democratic countries recognize it.” The countries that don’t recognize Israel, “are the countries of tyranny and oppression,” citing North Korea as an example. He asked, “Are you aware that the history of the Israelites is ancient, predating Islam? Therefore we Muslims must acknowledge that the Israelites have a right to that land, and that they have not plundered it. The people who say that it was plundered are still thinking in the mentality of the 1950’s and before. When the State of Israel was established in 1948, there was no state called ‘Palestine.’” He backed his case with, “Quranic verse 5:21 proves that the Israelites have the right to the holy land. Allah says: ‘when Moses said to his people, oh my people, enter the holy land which Allah has assigned to you.’ So Allah assigned that land to them, and they did not plunder it.”

Let us pray with fervency that Muslims worldwide will desire to know the truth, wake up to the truth, and accept the truth—most especially that Jesus Christ is the Way, the Truth, and the Life!

North Korea: We should also continue to add prayer power to the situation with the despot in North Korea. Rather than repeat the threats that we are hearing, let us repeatedly declare the prophetic word that Sigi Oblander gave at the ETH&S World Convention:

“And surely saith the Lord, The cup is full. The cup of iniquity and wickedness is full. And even so as the wall of Berlin has fallen, and even so as I took two countries and made them one, you are going to see, My people, that the impossible will be possible. Even now I am setting things in order, and I’m making the right move, saith the Lord. And it will be an unexpected move just like a chess player. I am going to triumph, saith the Lord, and the evil will not triumph, but you are going to see that the impossible is going to happen, and that I’m going to take up the wicked one, that I’m going to tumble him over, and that you are going to see a unification of My purpose and destiny, that I’m going to pour out My Spirit upon one Korea, and that one Korea shall rise up in might and in power, because this is the time. This is the hour, says the Lord. So press in, My people, press in, My people, and believe for the impossible, for I have set this scene in this day and in this hour!”

What’s Next? Last Friday I gave a report on what Dutch Sheets, Jane Hamon, and Clay Nash were sharing at the first three meetings of the NEI Convocation that Philip and I attended last week in Southaven, MS. If you can get the message on our Facebook page, you would do well to watch it and take notes. Three of the significant points were:

We must pray into how to get beyond our “Christianese Culture” and learn how to interpret the Bible into 21st century terms. I don’t mean that we water it down into the World’s standards, but that we use parables that the seekers (Muslims, youth, and others) can

understand, so as to enable them to grasp the principles of the Kingdom of God. Jesus lived in an agricultural society. Everyone had their little patch of ground where they grew their food, so Jesus told the parables of the sower, of the wheat and tares, the prodigal who ended up working for a Gentile farmer feeding unclean pigs, etc. His parables fit His audience. We need to learn to communicate the Word of God in terms they can understand. We’ll have to teach them about the Kingdom without expecting that they would know what that means. We must approach it by being living examples of participants in the Divine Nature.

Anointed Youth and Young Adults Retreat: Please pray for each one whom the Lord has appointed to be at the Retreat (December 28-January 1) to get here and not be hindered from having their appointment with God. And pray that God’s purposes will be accomplished in each life. We want to see a huge move of the Holy Spirit begin a great awakening in their lives, that they may be used of God to awaken others. It is time to press in for the “Holy Spirit Outpouring on All Flesh” that the Lord promised in Joel 2:28-29. When Elijah saw that it was time for rain, he prayed until the cloud the size of a man’s hand appeared. When Daniel realized that the 70 years of captivity that Jeremiah prophesied had come to pass, he fasted and prayed, repenting for the sins of his nation so that God’s blessing would be restored. Pray with us for an impartation of these truths to be received by the young people, that they would begin to fast and pray, and align themselves with the Word of God and His purposes for their lives. And please pray with us for sponsors to arise to help us shoulder the expenses.

Words from the Lord: Intercessor Ella Long called today with a word for the staff, but I think it also may apply to you, so I will share it with you: “The Lord wants to teach us how to rest in Him”!

Midi Hafer received this word earlier this week: “I hear a sound coming from Heaven: the sound of horse hooves beating against the winds—the armies of Heaven coming to our aid. The last great battle is here. Wake up! Look up!” And today she received this word: “Prepare!”

So let us lay aside the stress of life and enter into the rest He promised where we may prepare in His Presence for our part in His great plan! Have a Glorious Christmas, and may you see the manifestation of the promises of the Lord to you in 2018!