“And such as do wickedly against the covenant shall he corrupt by flatteries: but the people that do know their God shall be strong, and do exploits” (Daniel 11:32).

Flattery has seduced many people into following the wrong leader, a smile, a handshake, a gift, and a word spoken to puff up the proud in heart, has destroyed many good men and women. But there still are the few faithful ones in My Kingdom who will be wise, and do great exploits because they know their God. They shall shine as the stars (Daniel 12:3), and they shall encourage and teach others wisdom.

The people of Judah were kept in captivity for seventy years. And during this time, many of them came through like shining stars in a kingdom of darkness. I believe we should stop and think about them, and let them set us an example of how to be faithful to God in the hard times.

2-4. HANANIAH, MISHAEL, AZARIAH: whom we call by the new names Nebuchadnezzar gave them, SHADRACH, MESHACH and ABEDNEGO. They refused to bow before the king’s idol, even though it meant being cast into a furnace of fire. But God mightily delivered them.

5. EZEKIEL: He miraculously was sent to minister to the captives in Babylon, and delivered strong messages of warning to the religious leaders of Jerusalem before the city fell. And he saw the powerful end-time prophetic visions concerning Israel’s final restoration at the end of days.

6. JEREMIAH: The great intercessor. He was hated, persecuted, and cast into the dungeon to die, but was delivered to tell us what happened immediately after Judah was taken into captivity. He had an important roll to play during this entire time, and was miraculously preserved through it all.

7. MORDECAI: The great intercessor. He was the elderly relative of young Esther, and raised her as his daughter, for she was an orphan Jewess who had been brought to Babylon.

8. ESTHER: An orphan, and a captive who became the queen. Esther gained eternal honour because she was willing to die for the sake of her people.

9. ZERUBBABEL: A prince of Judah born in captivity whom the “Spirit of the Lord stirred up” to “build again the House of the Lord in Jerusalem.”

11. HAGGAI: A priest whom God used to encourage the hearts of the people to build Jerusalem in troubled times.

12. ZECHARIAH: A powerful prophet after the captivity, who had many visions that reach into our times.

13. EZRA: A priest, prophet, and scribe who had served King Artaxerxes. He was used by God to bring a great reformation of holiness among those who had returned from captivity.

14. NEHEMIAH: He was in service to the King in Shushan, the Palace where Esther had lived. Upon hearing of the bad state of conditions in Jerusalem, he took leave to return to the Land where he took charge of building again the walls of Jerusalem in spite of great opposition.

15. MALACHI: He prophesied about 100 years after the return from Babylon. The temple had been built, the walls were completed, but the priests were not living dedicated lives. There was drought and poverty, much divorce, and hardships caused by the sins of God’s people. He wrote the last book of the Canon of the Old Testament, and ended by warning them that if the people did not stop living sinful lives, and return to God, God would come and smite the earth with a curse.

Just this brief summary of the dark years between the end of the dynasty of King David, and Malachi proves that God still can prove Himself powerful through the weakest vessels in the hardest of times. During those very dark years, when there was much suffering, loss of life, property, and whole families torn apart forever, God still had His “stars.”

The stars are always there in the sky, but we only see them when darkness falls on the land. As darkness falls upon the nations of the world, there will be those “stars” that will suddenly be seen in the darkest of the night this world has seen for a very long time. Will you be one of them? 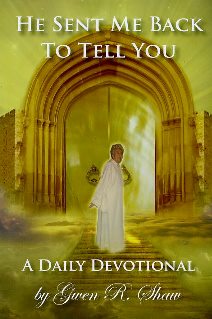