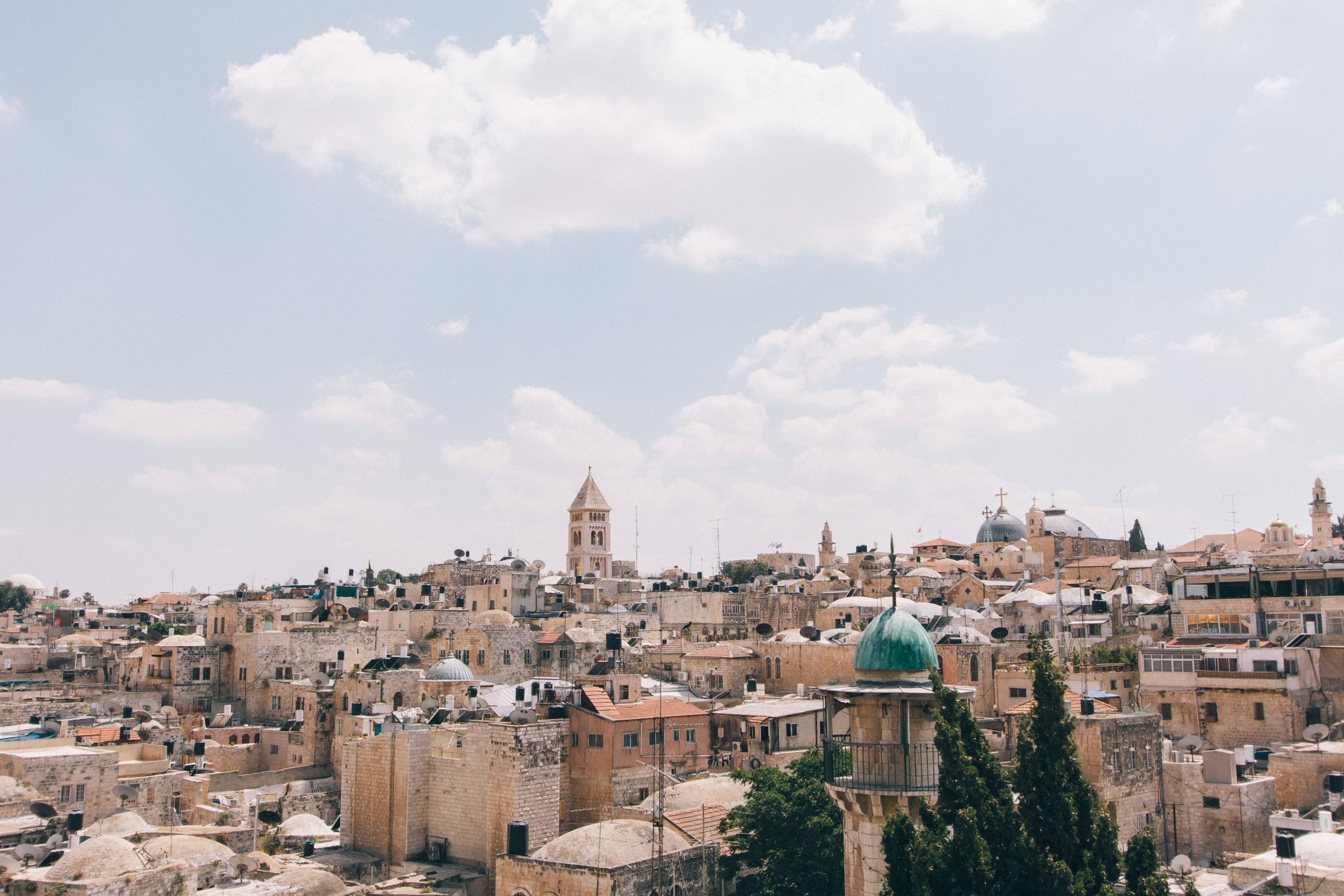 “Nevertheless David took the stronghold of Zion: the same is the city of David.” II Samuel 5:7

Jerusalem, the city of Great King, is also known affectionately as the city of David. Everywhere in this holy city, streets, hotels, and even restaurants are found that bear his name. David, the humble shepherd boy who became king, is still a hero in this town. His name means “beloved” in Hebrew. God loved him and so did his subjects.

Some 3000 years ago, David, the warrior king, conquered an impenetrable fortress named Jebus. The Canaanites who had ruled over it for some 440 years were displaced. David savored this victory so much that he promptly renamed the site, after himself, Ir David. His stronghold was located on a small ridge south of the Temple Mount. Here was the birthplace of Jerusalem.

David built his palace and established his kingdom here. He united the twelve tribes of Israel, and reigned. Scripture informs us that “David went on and grew great and the LORD God of hosts was with him” (II Sam. 5:10). Yet one task remained. David went out and recovered the Ark of the Covenant from the House of Obed-Edom. With sacrifices and shoutings, he brought the Ark into his city. There he established a new approach of worship, called Davidic worship. His place of worship was called the Tabernacle of David.

The old order was observed through the Tabernacle of Moses. This approach to God required sacrifices and solemn worship. The high priest could only enter the Holy of Holies. David though instead of sacrificing animals instituted sacrifices of praise, joy, and thanksgiving (Ps. 95:2; 100:4; 141:2). The worship of David’s Tabernacle included singing, instrumental music, standing, kneeling, bowing, upraised hands, clapping, and dancing. Davidic worship fulfilled the commandment spoken by Jesus, “to love the Lord your God with all your heart, all your soul, all your mind, and all your strength” (Mk. 12:30).

Here in one city dwelt the king and the LORD God. David in doing this became a type and a shadow of Jesus our Messiah-King. Together, God’s Presence in the Ark along with David the King foreshadowed the blessings that all who love God will have in the Messianic age.

Later under Solomon’s reign, the Ark was moved into the first Temple. The tabernacle of David became “fallen down.” Centuries passed, and the Babylonians invaded. Destruction came to the royal city of David, along with the Temple of Solomon. The Ark of the Covenant was lost, its location unknown, while the people found themselves in captivity.

The City of David
Today, it is possible to visit the original city of David. There you can even purchase a ball cap with the name of David’s city inscribed on it: Ir David. You won’t see a magnificent palace there but rather stone ruins, portions of towers, and foundations of what archeologists think are remnants of David’s glorious hill of Zion. The fact that there are any ruins at all is a miracle. What is left may disappoint you, but then one must see these ruins with an eye of faith, so as to see beyond the natural. These ancient stone remnants prove the historical. David’s city was not a myth but a real fortress. Here was Zion.

“In that Day”
The LORD God promises that there will be a day when he will:

Raise up the tabernacle of David that is fallen and close up the breaches thereof; and I will raise up his ruins, and I will build it as in the days of old. That they may possess the remnant of Edom and of all the heathen which are called by my name, sayeth the LORD God that doeth this” (Amos 9:11-12).

This word promises a restoration of worship and praise before the Lord, coupled with a great revival among the nations. James cited this passage when speaking of Paul’s work among the gentiles, paraphrasing it slightly to speak of the “residue of men might seek after the Lord and all the Gentiles, upon whom my name is called” (Acts 15:17).

Let Zion Praise Him:
The LORD God with the establishment of the State of Israel in 1948, began fulfilling His promise made through Amos so many centuries ago. The Jewish people were given a home. A nation was established in a day. The land was cultivated and sown. Trees were planted and cities were established. Then in 1967, Israel captured and unified Jerusalem. The ruins of the ancient City of David came under Israeli control. About this time, Rabbi Shlomo Carlebach began reforming traditional Jewish ways of worship. He became known as the “singing Rabbi” and brought a new freedom into synagogue services.

The gentiles also began coming alongside the Jewish people to comfort them, to support them, to share the vision of becoming one new Man in the Messiah. The International Christian Embassy in Jerusalem started holding an annual Feast of Tabernacles. Messianic congregations were established. Then prayer rooms and worshiP centers were founded, promoting Davidic worship.

Today, not far from the City of David Archeological Park, is a hidden 24 hour praise and worship center. Located in the slums of Silwan, these pioneers of Davidic worship are rebuilding on site the fallen tent of David. Gentile and Jew worship here. The residue of men and women are now coming to Jerusalem, as prophesied by James. Praise is once more going forth from Jerusalem. There is a move throughout the earth also to establish worship centers and houses of prayer. The Lord is rebuilding the fallen tabernacle of David worldwide. Let us rejoice and “praise him for his mighty acts.”

A Word from the LORD
I am a God of worship. My very throne is surrounded by worship. As you praise me, my presence inhabits your worship. As you worship me, I will give you victories like I gave Jehoshaphat. Remember my Son’s words that “the hour cometh, and now is, when true worshipers shall worship the Father in spirit and in truth.” As your Father God, I seek those who would worship me. Worship me in Spirit and in truth, for I am Spirit. I am restoring my Spirit of worship to those who are willing to receive it.

I created you to praise me. I have made you into a vessel of praise. Come before me and praise me. Offer unto me a sacrifice of your praises. As you praise me, you release my glory in the heavens and into the earth.

Devotional Prayer
Lord, we ask that you would continue to revive your work, continue to reestablish the fallen tabernacle of David. May you give to those who mourn in Zion beauty for ashes, and the oil of joy for mourning, and the garment of praise for heaviness. Thank you for building up the waste places.

May we be like David, and become worshipers. Anoint and appoint skilled musicians, dancers, and praisers to teach others to worship like David. We thank you Lord, for moving among your people. Let them see you and declare that “Praise awaits for thee O God, in Zion”. Let the song of the Lord go forth once again in Jerusalem. Let those who dance have a freedom to do so; let the Miriam’s play the tambourine again. Lord, we rejoice for the day when all the earth shall be filled with the knowledge of your glory, as the waters cover the sea.

Scriptural Reflections
“All the ends of the earth shall remember and turn unto the Lord: and all the kindreds shall worship before thee. For the kingdom is the LORD’s and he is the governor among the nations” (Ps. 22:27-28).