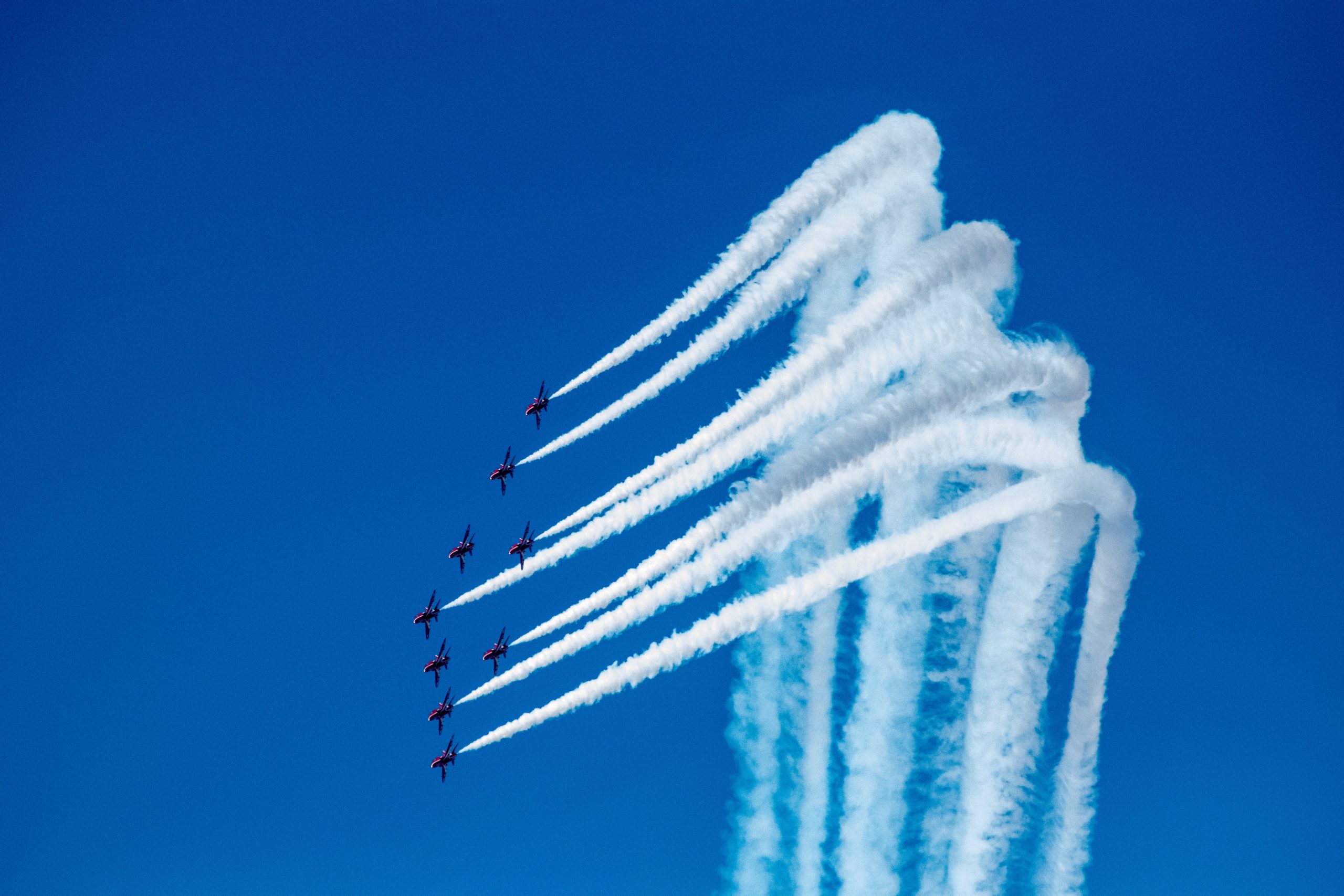 “As birds flying, so will the LORD of hosts defend Jerusalem; defending also he will deliver it; and passing over he will preserve it.” Isaiah 31:5

When history and biblical prophecy meet, the hand of God is surely there. When history, prophecy and Jerusalem collide, then something extraordinary occurs. Isaiah first prophesied this promise by the LORD about 722. B.C. It was a time of great political turmoil for the nation of Judah. Assyria was expanding its empire, attacking Israel and Syria to the north. Isaiah counseled the nation to make no alliances but trust only in the Lord. King Hezekiah heeded Isaiah and God rewarded his faith by destroying the Assyrian host (Isa 36-37). This scripture also guided and encouraged General Edmund Allenby, a Christian believer whose forces were victorious over the Turkish armies occupying Jerusalem in 1917.

World War I was in a stalemate by this date. The German forces and the Allied armies were locked in trench warfare. Victories were measured either in yards or by which side had inflicted the greatest causalities. In the midst of these trying times, England’s Prime Minister Lloyd George dispatched General Allenby to Cairo with orders to “take Jerusalem by Christmas.” Previous attempts to dislodge the German led Ottoman armies had been met with failure. The new general aptly demonstrated his leadership by moving his headquarters nearer to the front lines. His forces were re-invigorated by his example, and soon a third campaign against the Turkish forces was launched.

By early December 1917, the Egyptian Expeditionary Force (E.E.F.) combined with joint Australian-New Zealand Forces (ANZAC) were near the gates of Jerusalem. Beersheba had fallen, Gaza had been overwhelmed, and the port of Jaffa was captured. Jerusalem was the next stronghold to overcome. Heavy fighting raged near Samuel’s Mountain, the village of Lifna, and on the Jerusalem-Nablus Road Dogfights by British SE 5a Bi-planes against German Fokker D.1.’s occurred in the skies over Jerusalem.

Numerous sorties by the British and ANZAC squadrons though quickly achieved air superiority. British Hadley Page bombers followed this up by dropping explosives on the German’s Augusta Victoria headquarters located on the Mount of Olives. The Russian Compound, housing the Turkish command soon suffered the same fate. One final step remained until victory was achieved. The Turkish troops stationed in the city would have to be defeated. General Allenby though was reluctant to wage an all-out ground assault against Jerusalem. He was hesitant about using the army’s howitzers against the city. There was too great a danger in damaging the holy sites, so he assembled his staff together to explore alternative strategies.

The British chaplains met and led the troops in morning devotions. The scripture chosen was taken from Isaiah 31:4-5, “As birds flying so will the LORD of hosts defend Jerusalem.” Hearing this, General Allenby knew then what he must do. He quickly ordered the Royal Air Corps to make reconnaissance flights over Jerusalem. The pilots were directed not to strafe or bomb the Holy City. They were to drop leaflets as they flew overhead, urging the Turkish garrison to surrender. The message was short: “Surrender this city.  General Allenby, Commander Egyptian Expeditionary Forces.”

The Turkish troops panicked when they read Allenby’s demand. In the Turkish language, his name was read as “Allah-bey” or God, our ruler! “Bey” is a formal title in Turkish, meaning “Sir, ruler, governor or Lord.” Those who spoke Arabic though heard his name pronounced as “Allah-nebi.” This translated into the “Prophet of God.” To Muslims, that meant nothing less than their holy prophet Muhammad was demanding surrender! The city was in turmoil as the Ottoman forces quickly fell into confusion. The date was December 8th, 1917. That evening marked the beginning of Hanukah. This holiday commemorates the victory of the Jewish Maccabees’ over the Greek seleucids, thus liberating Jerusalem. Only God could have arranged this event.

After this fly-over, two days of winter storms flooded the area. Air operations were impossible, fog and rain torrents clouded over the sky. The British and ANZAC troops held fast to their lines. Not so with the German and Turkish forces. Under the cover of darkness, they evacuated the city. The Turkish governor of Jerusalem, Izzet Bey, performed one last duty. He appeared at the city’s telegraph office, wrote a letter of surrender, and gave it to the mayor. Bey then ordered all the equipment destroyed, and promptly fled the city. By daybreak, December 9th, the last of the Turkish soldiers were seen passing through St. Stephen’s Gate journeying to Jericho. Jerusalem was free. Not a shot had been fired, or had a holy site suffered damage in its liberation.

Later that morning the mayor of Jerusalem, Hussein Husseini and his party left the city to search for someone willing to accept its surrender. They first approached a foraging party of mess-cooks, who were looking for eggs to feed the officers. These two privates refused to accept the keys to the city. Frustrated, the mayor  then approached a British major who sent them to General O Shea of the 60th Divison. He accepted the “keys” but was later over-ruled by General Allenby. The General preferred to receive Jerusalem’s surrender in a formal ceremony. This he did by leading his troops through Jerusalem’s Jaffa Gate, at noon December 11th, 1917. The General walked through the gate in silence. A greater one then he, Allenby declared to the assembled crowd, would one day arrive on a horse. Alongside the British soldiers were units of the Jewish Legion. These men had enlisted on the Allied side and were also fighting for the liberation of the Promised Land. Among those volunteers was a corporal: David Ben Gurion, who would one day become Israel’s first Prime Minister. He recalled that Allenby’s entrance ushered in “An extraordinary period, filled with an exhilarating joy… We were free, free of the Turks, completely free.”*

Not long after General Allenby’s remarks, the church bells of the city began ringing in celebration. Four Hundred years of Ottoman rule over Jerusalem had ended. The LORD had defended Jerusalem and had faithfully preserved it.

“As Bird’s Flying”
Isaiah’s word ultimately prophesies the restoration of the Jewish people to Israel, and the unification of Jerusalem. General Allenby’s triumphal victory over the Ottoman forces ushered in a new era. The Balfour Declaration, a letter by United Kingdom’s Foreign Secretary to Baron Rothschild had been issued earlier in 1917. This historical, prophetic document promised a homeland for the Jewish people.

The British then were given a mandate by the League of Nations to oversee this responsibility. Their administration continued until 1948, when the State of Israel was established, paving the way for a unified Jerusalem which occurred when Israel recaptured Jerusalem from Jordan, in 1973. Truly the Lord’s Word to Isaiah “As Bird’s flying, so will the LORD of hosts defend Jerusalem; defending also he will deliver it; and passing over he will preserve it” had come to fruition.

The LORD is My Defense
We serve a God who is our defense. Joshua saw this aspect of the LORD’s divinity when he observed a man near him having a sword extended in his hand. Joshua questioned which side he was one. Instead, the unexpected answer caused him to fall to his face. The “man” was the Angel of the LORD. This divine being was Jesus appearing in a pre-incarnate appearance that Biblical scholars call a “theophany.” The “Angel” told Joshua that: “As captain of the host of the LORD, I am now come” (Josh. 5:14). Joshua removed his shoes and worshiped. No mere angel would accept worship, but this being did. The LORD then spoke and said, “I have given into thine hand, Jericho and the king, thereof, and the mighty men of valor” (Josh. 6:2) Joshua then received the LORD’s strategy for victory.

It takes courage to trust in the LORD and then move forward. The LORD is looking for men and women who are willing to be like Joshua. He encouraged the people to move forward and take their inheritance. Joshua’s rallying cry to the Israelites was to: “Be strong and of a good courage; be not dismayed: for the LORD thy God is with thee whithersoever thou goest.” May we also take that word to heart and go forth in confidence that the LORD is with us!

A Word of the LORD
I am the LORD of the armies. My name is Jehovah Saba’oh . I am a God who rises up and protects my people and my city. My shadow and anointing presence is also over you. I am a God of the angels. I can instruct them to defend you at a moment’s notice. They stand always ready. I sent just one angel and defeated the mighty men of Sennacherib’s army, thus saving Jerusalem (II Chr. 32:21).

I am a God that can use the small and insignificant things to bring protection over you. I used a wise woman to save a city (II Sam. 20:15-22). Remain close to me. Come under my wings, like the small chicks who run to the mother hen when danger threatens. I will protect you. I will defend you.

Abraham, my servant, interceded for Sodom and Gomorrah. I would have stayed my hand, if there were ten righteous, but there were not. I sent my angels instead to deliver righteous Lot and his family from destruction. I task you to be like Abraham. Pray and intercede for cities, people, and lands. Does not my word say: the effectual prayer of a righteous man accomplishs much? Your prayers allow me to work. I take no pleasure in the death of the wicked, but rejoice instead in the return of the prodigal.

I love Jerusalem, for I caused it to come into being. I also love you. I created you also in my image. I am a God of Love. A Love that defends, conquers, and is victorious. Those powers who possessed my city in the past had no love for it. They occupied it to benefit themselves and not give me glory. I founded Jerusalem to dwell there. I created this city to bring my Son’s bride there: You!

Devotional Prayer
The Lord in Isaiah’s word promises his hovering, protecting presence over Jerusalem. The Hebrew word for defend in this passage is ganan. It means “to cover”, as a mother hen protects her own.

Lord, cover us with your feathers, in our day of trouble. Rise up swiftly to defend us. We pray your word in Psalms, that “under your wings shall we trust.”

“And it shall come to pass in that day, that I will seek to destroy all the nations that come against Jerusalem” (Zech. 12:9).