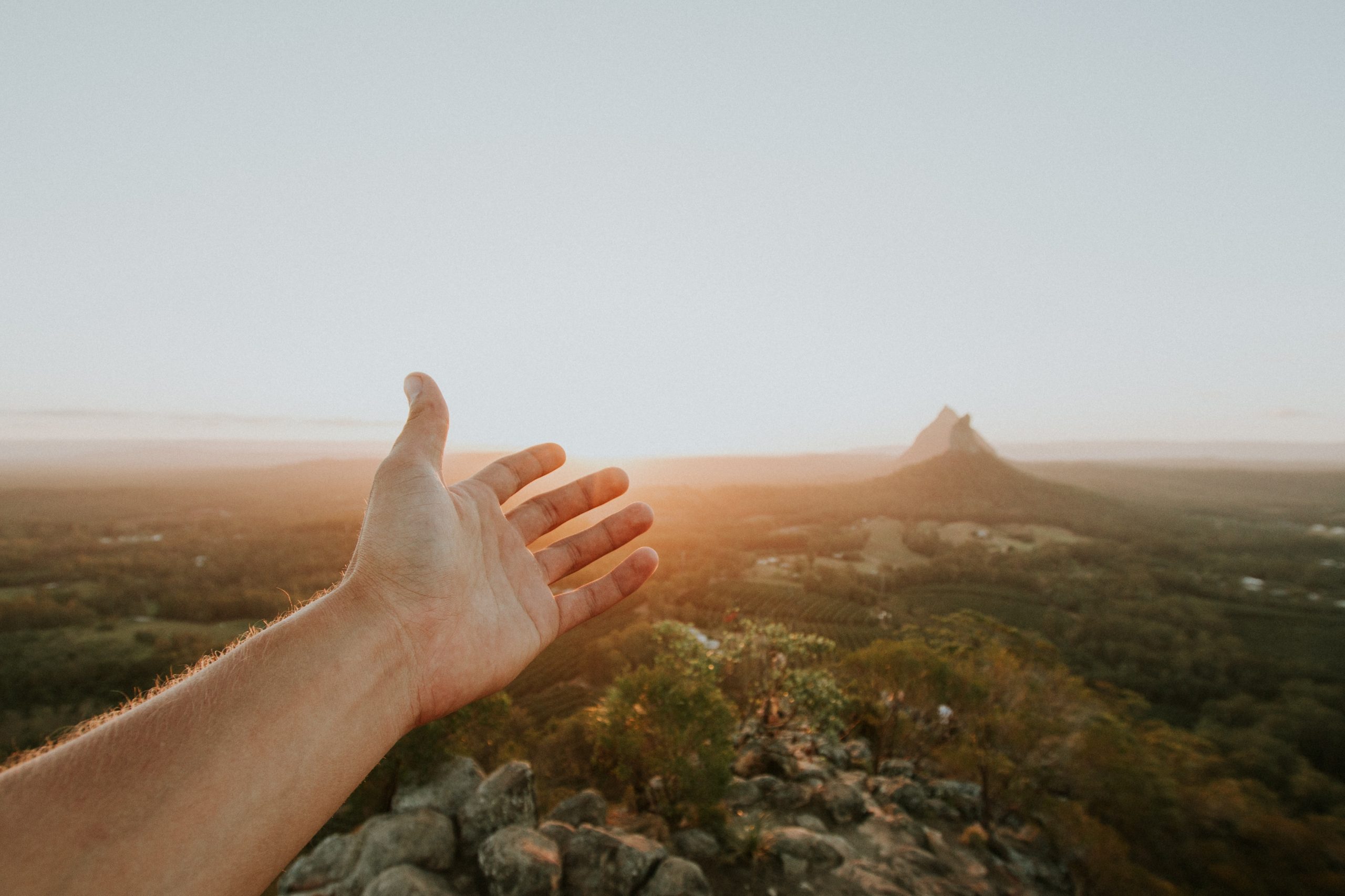 “And the Lord said unto Abram, after that Lot was separated from him: ‘Lift up now thine eyes, and look from the place where thou art, northward and southward and eastward and westward; for all the land which thou seest, to thee will I give it, and to thy seed for ever. I will make thy seed as the dust of the earth; so that if a man can number the dust of the earth, then shall thy seed also be numbered. Arise, walk through the land in the length of it and in the breadth of it; for unto thee will I give it.’ And Abram moved his tent, and came and dwelt by the terebinths of Mamre, which are in Hebron, and built there an altar unto the Lord.” (Genesis 13:14-18)

After Lot moved away from Abraham the Lord saw Abraham’s aching heart. For all the past years, since he had first left Ur and taken Lot with him, Abraham had been praying that Lot would become a true man of God — honest, upright, and pure of soul. But when he saw his spirit of greed, selfishness, and love of the world, Abraham was bitterly disappointed.

You know how he felt, because you too have spent years working with individuals, and trying to impart into their lives the good things God has entrusted into your character, when, after all that time, you see them become all the things you have warned them against, has it not grieved your heart!

It was at that time that the Lord renewed His promise to Abraham — just when he had lost his “foster son” — his one and only heir.

God knows when you are the most discouraged, and He will meet you and review His promises to you when your natural or spiritual “sons and daughters” reject your parental loving care, and turn from you to live in “Sodom”  even among the “congregation of the sinners.”

God will not leave you comfortless. God will encourage you and heal your broken heart and revive your disappointed spirit.

“…from the place where thou art…”

The place where God spoke to Abraham was near Bethel. It is one of the highest altitudes in those parts. One can see the Mediterranean Sea from that area, far on the West, and also the plain of Jordan on the East.

Don’t be afraid of the difficult experiences which come into your life. Some of them are mountaintop experiences. It is from that vantage point you will see the best view — the vision that is God’s will for your life — the greatest and most important of all visions.

It was there that God promised Abraham that He would give him every place that the soles of his feet stood upon, and that it would be handed down to his children and his children’s children — and it was.

God told Abraham that he should look in every direction — North, South, East and West, and all the land he saw would one day be his. He promised that in place of Lot, He would give him as many children as the dust of the earth. Then He told him to walk through the land, from the north to the south, and from the east to the west.

The Haftorah says, “The act of walking through the land was a legal formality denoting acquisition.”

God had to wait until Lot separated himself from Abraham because He could not multiply Abraham until after Lot was gone.

Sometimes God has to remove people whom we love before He can bless and multiply our lives and our ministry.

Lot would have been a hindrance. Perhaps his spirit would have hindered Abraham’s son, Isaac, from the life of holiness God demanded of him. So Abraham had to let him go.

Never be afraid to let go of those whom God is separating from you, because, if they stay, they will be a hindrance to what God wants to do in your life!

It was after this that Abraham moved to the region of Hebron where he again built an altar and worshipped the Lord. Abraham left a trail of altars behind. You could find where Abraham had been by the altars he had built.

May our lives be remembered for the altars we have erected to God. The altars of sacrifice and worship which we have built will testify concerning our lives for generations to come.