Posted on May 12, 2022 Posted By: Editorial Team Categories: Daily Devotional 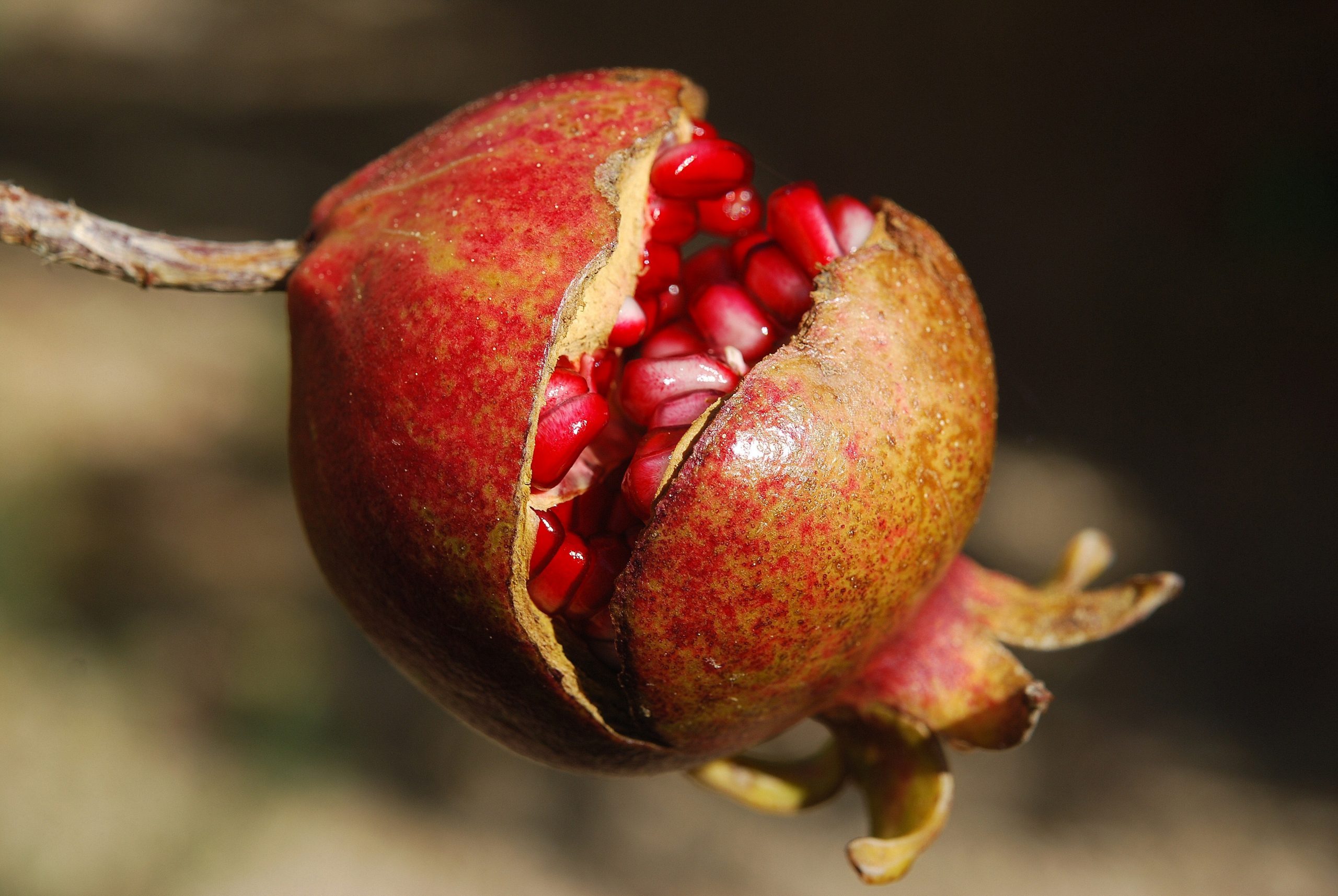 “A seed shall serve him; it shall be accounted to the Lord for a generation. They shall come, and shall declare his righteousness unto a people that shall be born, that he hath done this.” Psalm 22:30-31

The pomegranate, or rimmon as it is called in Hebrew, is common to Israel. Walk around Jerusalem and you will see these trees growing in front of apartments and houses. When the Israelite spies returned from the Promised Land, they brought back this fruit to Moses as proof of the land’s natural wealth. The pomegranate is a large colorful fruit recognized for its red flowers, shapely appearance, sweet flavor, as well as a prodigious number of seeds. These seeds, when eaten, literally explode inside your mouth filling it with sweetness. One believer we know here actually counted the seeds inside this fruit and came up with a total of 550! Jewish tradition proclaims that there are exactly 613 seeds with in a pomegranate, corresponding to the number of laws prescribed in the Torah. Israel is also compared to a pomegranate. Tradition accords that the good deeds of its people are as numerous as the seeds of this fruit and more. The pomegranate is known for its unique shape, since its end forms a crown.

God has given the pomegranate to Israel as a sign and a witness of the Messiah. The juice of this fruit is red speaking of Jesus’ atoning blood, shed for his people as well as for you and me. Its outward skin is also blood red forming a covering for the seeds. These seeds signify the Law for those who are Jewish. Hence, the Blood of the New Covenant is greater than that of the old (Jer. 31:31).

The crown of the fruit also speaks of the Messiah’s future reign and rule over Israel. The seeds inside are sweet. Thus for the believer they  represent not the law, but those who are gathered together under  the rule of the Messiah. True joy and happiness will be found when the people become united under the Messiah’s reign. Truly the day will come when all Israel shall be saved. A seed shall serve him and it shall be accounted to the Lord for a generation. As Gentiles in this Promised Land, we who are grafted in also are seed who serve Him declaring His righteousness to a generation that shall be born (again) that He has done this.

Declaring His Righteousness
The Apostle Peter in his Epistle reveals that those who believe in Christ are “born again, not of corruptible seed, but of incorruptible, by the word of God, which liveth and abideth forever” (1 Pet. 1:23). Paul also reaffirms this theme that “if ye be Christ’s, then are ye Abraham’s seed, and heirs according to the promise” (Gal. 3:29).

This gift of being Abraham’s seed comes by faith. Paul declares that “Even as Abraham believed God, and it was accounted to him for righteousness, Know ye therefore that they which are of faith, the same are the children of Abraham” (Gal. 3:6-7). Jesus through his sacrifice on the cross brought redemption to us all from the curse of the law. Therefore the blessing of Abraham was also given to the Gentiles “through Jesus Christ that we might receive the promise of the Spirit through faith” (v. 13-14).

The scribes and Pharisees of Jesus’s day based their righteousness on being physical descendants of Abraham. They were the chosen ones, the elect, and the favored of God. As such, they felt their privileged status was sufficient for obtaining God’s approval and acceptance. Furthermore, their strict obedience to the Laws of Moses would guarantee them an automatic entrance into Heaven.

Their exclusiveness was repeatedly challenged by Jesus. He confronted and told them that “If you were Abraham’s children, you would do the works of Abraham” (Jn. 8:39). These religious leaders may have been of the seed of Abraham, but spiritually they were far from it. They were blind and deaf to the Savior’s message. These chiefs of legalism and ceremonialism refused to acknowledge their woeful state. They had no knowledge of true religious liberty. Thus they answered the Savior saying: “We be Abraham’s seed, and were never in bondage to any man: how sayest thou, Ye shall be made free?” (Jn. 8:33)

The Apostle Paul notes that the promises were made “to Abraham and his seed.” These assurances were made not to “seeds” but “as of one, And to thy seed which is Christ” (Gal. 3:16). It took Christ’s finished work on the cross to bring liberty to the captives of legalism, religiosity, and sin. Jesus is the seed that came to serve God. He was the seed that fell to the ground and died, but in doing so bore much fruit (Jn. 12:24). Because of His obedience, we have the blessings of Abraham and the glory of telling the next generation that our Savior has done this, so they may too have life and have it more abundantly.

We as the Lord’s followers are to be heralds of the “good news.” Our task as Abraham’s redeemed seed is to proclaim the LORD’s righteousness to all, including the next generation. There is a saying that “God has no grandchildren.” Each one we witness to must “hear” the good news and act on it. No one comes into the Kingdom on their parent’s righteousness. When one becomes “born again” that person becomes a “new creature” and thus essentially a part of a new generation raised up to serve Jesus.

A Word from the LORD
You are my precious seed, chosen for my purposes. I have scattered you into my fields that you may bear an abundant return for me. Yield yourself to my Spirit for I wish to bring increase into your life that you may bear fruit and bring forth a bountiful harvest, some a hundredfold, some sixty, and some thirty. Remember my words and do them. “For you have not chosen me, but I have chosen you and ordained you that you should go forth and bear fruit, and that your fruit should remain.”

Devotional Prayer
May we be fruitful for you, Lord. May we be like a good seed planted  in good soil, and return to you a hundredfold harvest. May we serve you and declare your works all the days of our life. May we plant the good seed of the gospel in the hearts of the next generation.

Scriptural Reflections
“For he established a testimony in Jacob ,and appointed a law in Israel which, he commanded our fathers, that they should make them known to their children: That the generation to come might know them, even the children which should be born, who should arise and declare them to their children. That they might set their hope in God, and not forget the works of God, but keep his commandments” (Ps. 78:5-7).

“Hath not the Scripture said, that Christ cometh of the seed of David and out of the town of Bethlehem, where David was?” (Jn. 7:42)