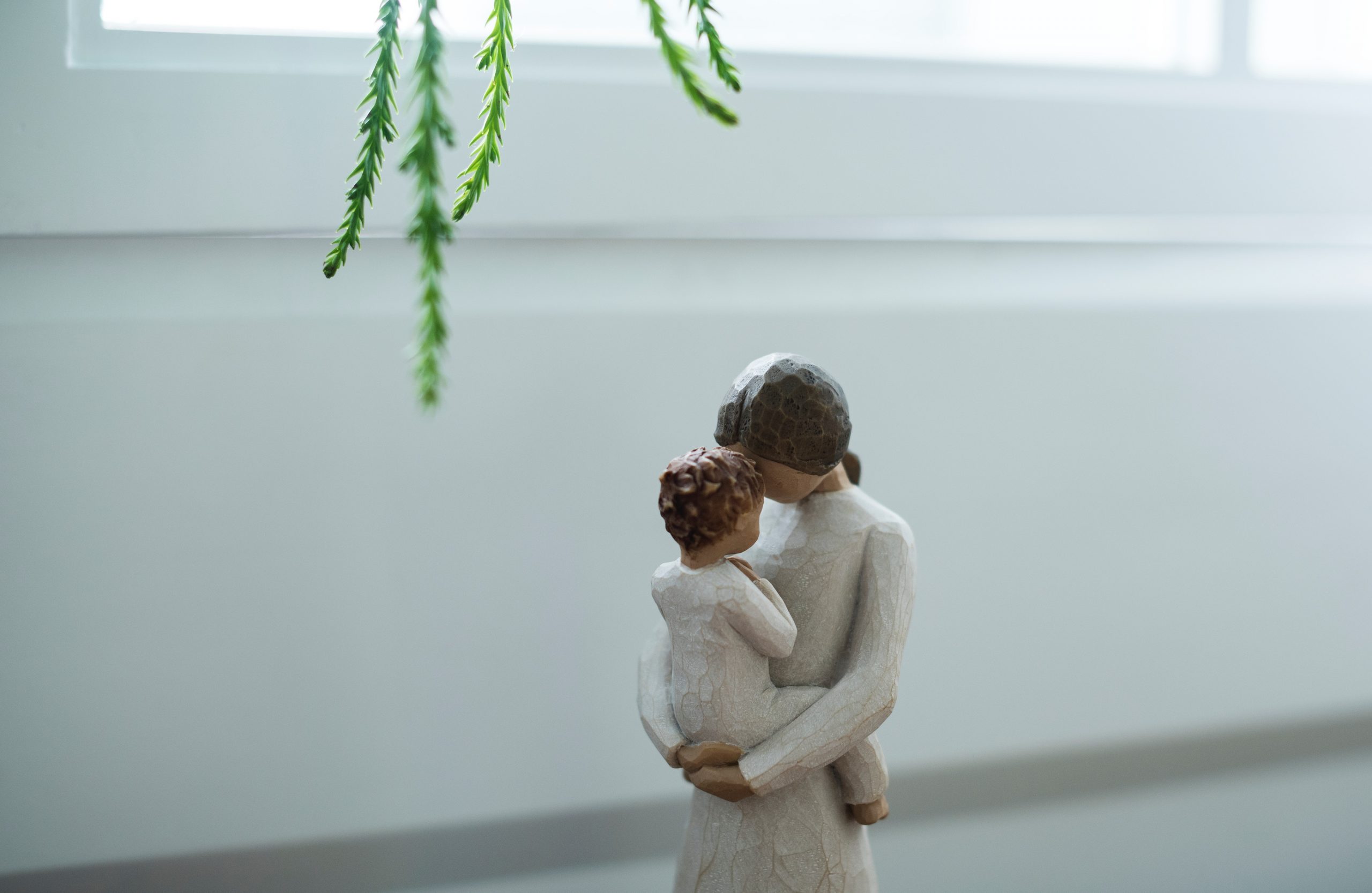 As soon as the disciples had escaped from the Garden of Gethsemane they had run to warn the women what was happening. Great fear fell upon all My followers. Some of the men made plans to return immediately to Galilee, where it was safer.

But the women loved Me, and Mary, My mother, was with them. Great love is more powerful than the fear of death. So these women decided they would go out and look for Me. It had not taken long for them to realize where I was. They had watched in the outer fringes of the courtyard of the Praetorium, where I had stood before Pilate, and they had heard the angry mob cry out, “Crucify Him! Crucify Him!”

They had seen Me being handed over by Pilate for the scourging, and again for the execution. They had prayed that Pilate would take a strong stand against these evil men, but they were sadly disappointed.

Some had waited on the street for Me to pass by, and others had followed Me along the Via Dolorosa, and up Calvary’s Hill. Now, as I hung on the Cross, I saw them huddled together in the distance. There was My mother, Mary, Mary Magdalene, Mary, the wife of Cleopas (and the mother of James the Less and Joses), and Salome, the mother of Zebedee’s sons, John and James. These were women who had followed Me and helped Me when I was in Galilee. They, together with many other women, had come to Jerusalem with Me and the Twelve Disciples for this Passover (Mark 15:40-41).

I knew that I could not last much longer. I was progressively becoming weaker and weaker. The excruciating pain, the severe scourging, the ordeal of the five trials: the first one before Annas, the second before Caiaphas and the Sanhedrin, the third before Pilate, the fourth before Herod, and then the fifth before Pilate again. For over twelve hours I had not had any food or drink. Nor had I been allowed to use a toilet. Every moment I was getting closer to death.

As I hung on the cross I saw the darkness falling over the city of Jerusalem. All of creation was in agony, for it was as if it knew that the Son of God was dying.

The crowd began to thin out. Some of the officials had to hurry home to prepare for the Passover. They began to feel uncomfortable as the sky darkened in the middle of the day.

Crowds were still approaching the city from Galilee, Jaffa and Hebron and Jericho, hastening now to arrive before sunset. A spirit of gloom fell over the city. The latecomers felt the heaviness and eerie stillness, and wondered about the dark skies. They sensed something strange and evil was taking place. People were whispering in small groups here and there. They heard talk of crucifixion, death, Messiah, Chief Priests, Pilate, and so forth.

I looked at that small group of loved ones, less than thirty feet away from Me. John, My beloved disciple, had one arm around My mother and another around his own mother, Salome. John saw Me looking at them. He said to them, “Let us go closer. Yeshua may have something to say to us.” And so they came up closer, so close that My blood drops could have fallen upon them. As I looked at this beloved young man, I was comforted that his love for Me was so great that he dared to follow Me, in spite of personal danger. Who would love My mother and care for her after I was gone? I knew that My own brothers could not be trusted yet with this responsibility. At that time they still did not believe that I was the Messiah. Just a few months previous to this, when My family went up to Jerusalem from Nazareth for the Feast of Tabernacles, they had ridiculed Me (John 7:3-5). I knew that they would mock her for her faith, just as they had mocked Me. The day would come when they would believe; but she needed a “son” now, in the hour of her sorrow.

Now I would honour and promote John to a very special privilege. I would ask him to take My place in the family. He would be a “son” to My mother. He would love and take care of her. I spoke first to My mother, “Mother, this is your son!”  (John 19:26).

Mother looked at John, and John looked at Me in surprise as the meaning of those words began to sink in.

John understood. I had no strength to say more. Neither was it necessary. Where there is great love, the heart understands the heart of the one who is beloved.

My mother would have a home and a strong young man to care for her for the rest of her life. John took her into his home, and she ministered to him as she had ministered to Me, and traveled with him on most of his journeys.

My mother had always known in her heart that the day of My death would ultimately come. After all, it seemed like only a few years back that, right over there in the Temple, Simon the prophet had warned her, “This child will cause many in Israel to fall and to rise. He will become a sign whom people will speak against. Moreover, a sword shall pierce your heart too” (Luke 2:34-35). All through the years she had pondered over those words, but had spoken about them to none but Me.

Now she was seeing the words of that righteous prophet fulfilled — and a pain as great as a sword was piercing her heart and soul. But My heart was at peace for her. No one would love her more than John. No one would be more loyal and faithful. How blessed it would be if every woman had a son like John, who would love and care for her!

And John, who loved Me more than any other disciple, would also be comforted after My departure by the loving presence of the greatest, most wonderful person on earth — My beloved mother. He had followed Me to the cross, and I gave him the dearest treasure that I possessed on earth — My mother!

When you follow Me to the cross, I will give you the treasures of Heaven. There are certain special rewards that are only given to the faithful who love Me more than all others.