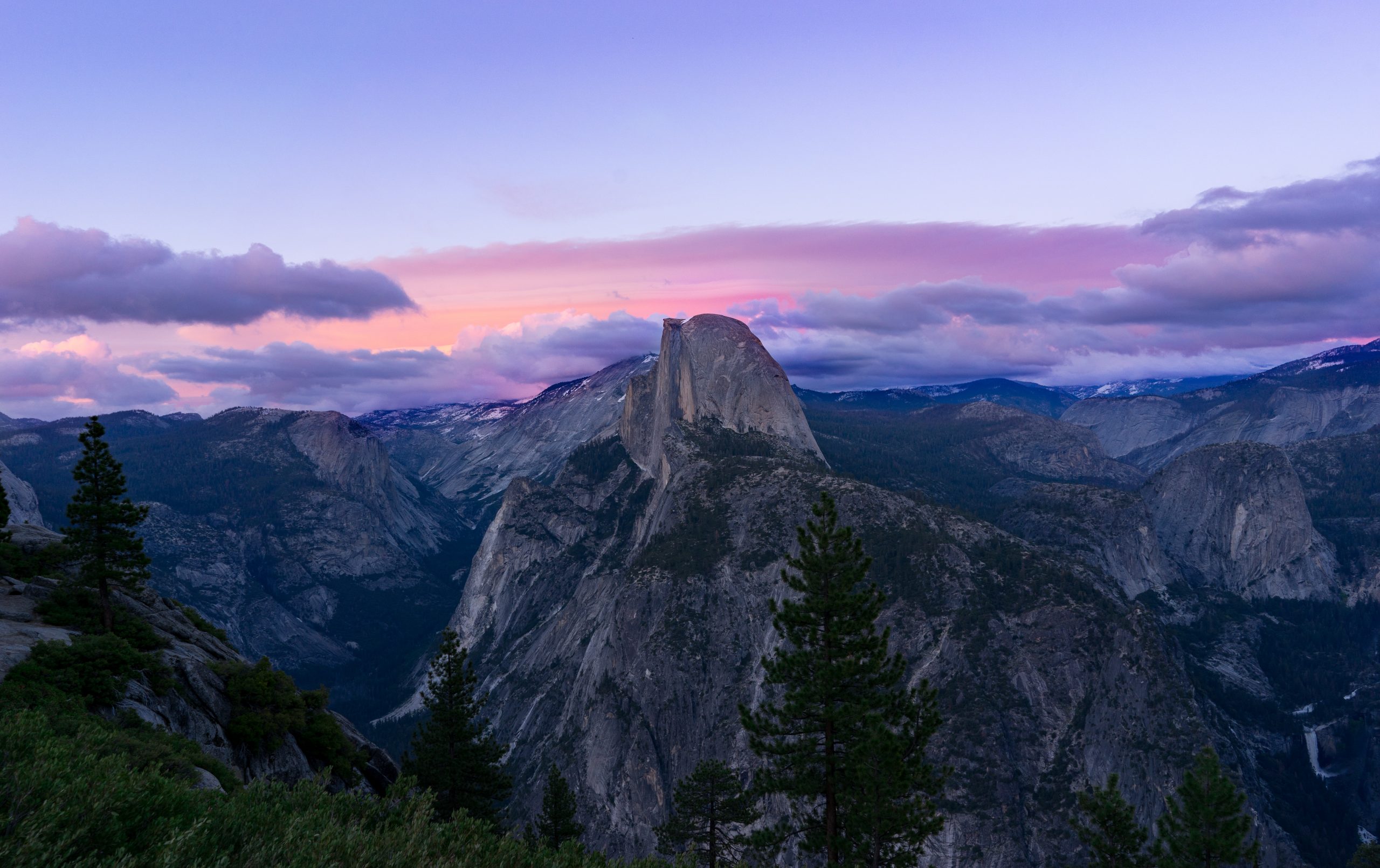 “For I will restore health unto thee, and I will heal thee of thy wounds, saith the LORD; because they called thee an Outcast, saying This is Zion, whom no man seeketh after.” Jeremiah 30:17

Proverbs says that a good word makes the heart glad (Pr. 12:25). Jeremiah’s prophetic word to the captives in Babylon certainly brought encouragement to their weary hearts. As a nation, they had paid the price for abandoning their God, saw their great Temple destroyed, and had “hung their harps” up in the trees. Yet, in the midst of their anguish, came hope. A day would come when they would no longer be outcasts but restored. They would return to their beloved Zion, and rejoice.

An outcast is someone or something that doesn’t fit our expectations or makes us feel uncomfortable. Outcasts are exiled and expelled from society. They don’t fit in and so must be quarantined. Lepers in the Bible were “outcasts.” They were required to live outside the camp and shout “unclean” to all who might cross their path.

Today, the state of Israel is an “outcast.” It is considered the “pariah” of the world. The pariah in ancient India was a member of one of the lowest social classes in that culture. They were the “untouchables,” and as such were to be shunned, despised, and rejected. Where once Israel was seen with favor, many nations now refuse to accept a Jewish State. The LORD’s words to Jeremiah are being fulfilled once again, “This is Zion whom no man seeketh after.”

An even greater pariah is Jerusalem, a city that the world would like to forget. It is spurned, rejected and unloved. World opinion also dictates that this City of Peace should be severed in two, one part for Palestine and the other for Israel. Even more inventive solutions seek to make Jerusalem an international city, or ruled by the Vatican.

God, though, has chosen the Jewish people and this nation for His glory. Zion has a magnificent future. Like the stone rejected in the building of the Temple, Israel will become the chief cornerstone of the nations. Scripture says that “the nations will flow unto it.” Isaiah foresaw a day when the Messiah would return and gather these outcasts. The Jewish people would no longer be viewed as being “untouchables”, but now a holy people separated and chosen by God. Jerusalem, too, will be transformed. Zechariah prophesied “healing waters” flowing out from Jerusalem. He saw the nations coming to Jerusalem to worship the King.

The Good Samaritan
Jesus’ parable of the Good Samaritan typifies modern Israel, Jerusalem, and the Jewish people. Lying wounded and rejected and cast off by the world’s nations, it attracts no one. Yet the Messiah will come and tend to His people. He will see their infirmities and rush in to pour on them the oil and the wine of healing. It was a Samaritan who rescued the man by the side of the road. A person so despised that the Jews themselves had no dealings with them. He was an outcast. The promised Messiah himself was the cornerstone that the builders rejected. An outcast, yet in the end, valued.

A Messianic Prophesy
Jeremiah’s word was more than message of hope to the captives. It was a messianic prophecy foretelling the coming of the Savior Yeshua. As Messiah, Jesus ministered to the outcast, the brokenhearted and the infirm. He went about touching hearts and reaching the common people, not the religious elite. It was Jesus who healed the woman as she touched the hem of His garment. She was unclean and considered an outcast. The Savior ministered to tax collectors, prostitutes, and even the gentiles. He was condemned by the Pharisees for reaching out to those who were shunned by the religious. He in turned told his accusers that these outcasts would go before them into the Kingdom of God

This scripture in Jeremiah was also a revelation of the future establishment of the modern state of Israel. After nearly two thousand years of exile, the LORD, on May 14th, 1948, allowed His people to return to their land. In doing so, He ended their wandering, restored health unto them, and gave them a home. No longer “outcasts,” they were now citizens of the world’s first and only Jewish State. A remnant had returned to build up Zion.

“God Will Help Us”
Since the formation of the modern State of Israel, Jerusalem and her people have suffered through countless wars, terror attacks, and unending condemnations from the nations. During the last “knife intifada” when innocent citizens were being randomly stabbed, injured, and murdered, tensions were high throughout the city. People were afraid to go out. Customers in restaurants and shops were scarce.

In the midst of these troubles, I asked a young Jewish Orthodox businessman, “How are things going in the current situation?” His answer defined the faith and resilience of the Jewish people: “God will help us!” That is the message to those who live in Zion in Jeremiah’s time and in all of Israel today: God loves His covenant people, both New and Old. He is “a very present help in trouble” (Ps. 46:1).

Everlasting Love
The LORD God not only promises through Jeremiah’s word that He will restore and heal Zion, He adds to it. He reveals to these shattered people the depth of His wondrous love for them. Jeremiah prophesies: “The LORD hath appeared of old unto me, saying, Yea, I have loved thee with an everlasting love: therefore with loving kindness have I drawn thee” (Jer. 31:3).

God’s love is without boundaries and limits. It is personal, constant, beyond our abilities to understand. The LORD loves Zion, the people of Israel, because they are His covenant people. Yes, they have sinned and rebelled, in the past and even today. Yes, He has had to judge and discipline them, but nevertheless He still loves them with an “everlasting love.”

God in His love and compassion also takes care of those who are rejected, unloved, and unwanted by humanity. His word to Israel and those in darkness today is: “with loving kindness have I drawn thee.” His very presence draws men and women to seek Him.

A Word of the Lord
I did not call you to be outcasts, but My precious sons and daughters. You have been chosen before creation to be priests and kings in My Kingdom. The world may reject you, as they rejected me. I do not reject you. Rejoice, you are my redeemed. I have bought you back. Yet there are others, who know not My love for them. I call you to go forth and proclaim the good news of My salvation. Speak to them and set them free in My love. They will no longer be outcasts, but I will be a Father to them and they will also be My sons and daughters.

Devotional Prayer
LORD, hear us and draw near to us. Let our prayers be like the one who desired you in the Song of Solomon: “We will run after thee: the king hath brought me into his chambers: we will be glad and rejoice in thee, we will remember thy love more than wine: the upright love thee” (Song of Solomon 1:4).

Thank you, Lord, that you came to save “whosoever:” rich or poor, tax collector or fisherman, black or white, saint and sinner. You are a God who loves the “outcast.” Your word says that “When my father and my mother forsake me, then the LORD will take me up” (Ps. 27:10). You healed the leper, you raised the dead. You restored the brokenhearted. Heal us, Lord.

Jesus, we ask for Israel, as a nation and a people, that you would draw them closer to your heart. May the words of Isaiah quickly come to pass. Draw your flock and feed them like a shepherd. Gather them like lambs with your arm, and carry them close to your heart. Gently lead those that are with young into your presence (Is. 40:11).

Scriptural Reflections
“The LORD doth build up Jerusalem: he gathereth together the outcasts of Israel. He healeth the broken in heart, and bindeth up their wounds” (Psalm 147:2-3).

“And he shall set up an ensign for the nations, and shall assemble the outcasts of Israel and gather together the dispersed of Judah from the four corners of the earth” (Isaiah 11:12).

“They shall put you out of the synagogues, yea the time cometh that whosoever killeth you will think that he doth God service. And these things will they do unto you because they have not known the Father, nor me” (John 16:2-3).