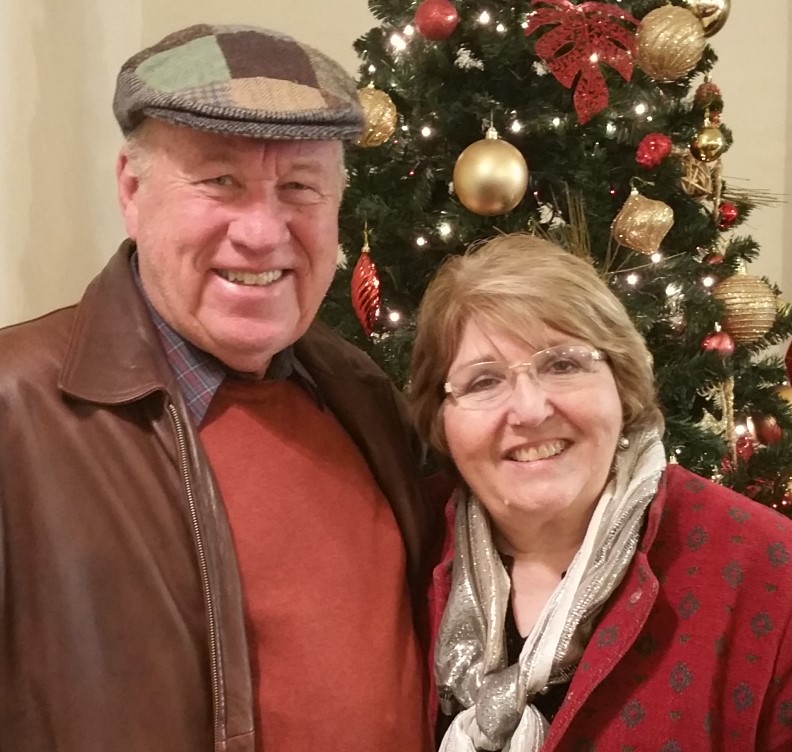 “And suddenly there was with the angel a multitude of heavenly host praising God, and saying, Glory to God in the highest, and on earth peace, good will toward men.”  Luke 2:13-14

Oh, how the angels’ song that first Christmas night must have resounded through the heavens and echoed off the hilltops. No wonder the shepherds left their flocks and “came with haste and found Mary, and Joseph, and the babe lying in a manger.”  Their hearts must have been filled with joy and wonder, for not long before an angel had appeared to them declaring “Fear not for, behold, I bring you good tidings of great joy which shall be for all people.”

The Romans who ruled Judea viewed the phrase “peace on earth” as being their right, their victory.  Herod the Great, to keep his peace and rule, sought to destroy this child.  The Pharisees schemed to destroy him.  The devils knew he was there to “bring deliverance to the captives” and set men and women free.  Satan knew that Jesus was there to “crush his head” and destroy his powers.

Jesus declared, “Think not that I am come to send peace on earth:  I came not to send peace but a sword…for a man’s foes shall be of his own household” (Mt. 10:34-39).  For the peace that the angels heralded would bring conflict, as men and women’s hearts resisted the good news.  The peace that Jesus spoke of would only come as the Kingdom of God was set in place in this world. It was a God ordained peace that came from men and women accepting Jesus as their Savior, their Messiah and Lord. A peace where the powers of darkness were defeated and evil no more.

The Savior’s promised peace was a “shalom peace.”  A peace of body, heart and mind.  A perfect peace, focused on salvation for all men and women.  A peace obtained through His shed blood on the cross.  A peace that proclaimed a new and living way to the Father, a peace that brought with it a life redeemed.

“Peace on earth, good will to men.” John saw Jesus in Heaven as a mighty warrior, not as a helpless babe in a manger.  He had “eyes as a flame of fire” and armies following in Heaven.  And out of his mouth “a sharp sword” to smite the nations and “he shall rule them with a rod of iron.”  A future peace on earth where the Kingdom of God reigns supreme.  Until then, let us hold fast to John’s heavenly vision and heed Jesus’ words: “Behold I come quickly, hold that fast which thou hast, that no man take thy crown” (Rev. 3:11)

“The Middle East in Chaos”
These were the headlines Thursday morning in the Jerusalem Post.  President Trump in a tweet revealed earlier this week that he had decided to pull out all U.S. forces in Syria.  “We have defeated ISIS in Syria, my only reason for being there.”  Trump later tweeted that he does not want “the USA to be the Policeman of the Middle East, getting NOTHING but spending precious lives and trillions of dollars, protecting others who, do not appreciate what we are doing?”  (www.timesofisrael.com ).  Besides U.S. forces deployed in Syria, the United States has an estimated 15,000 troops stationed in Afghanistan, and another 5000 military advisors in Iraq.  Might Trump also decide to pull them out?

Northern Syria, or Presently, Kurdistan
As of this moment some 2000 to 4000 American troops are deployed in Northern Syria.  Their mission for the past four years has been to train up a Kurdish force of 30,000 fighters to interdict Iranian forces, as well as protect their own people from ISIS (Islamic State).  Unfortunately, at this time, only some 2,000 Kurds have been trained by the U.S. (www.mintpressnews.com ).

The Pentagon announced that it was “planning a full and rapid withdrawal.”  The United States before this “withdrawal” had secretly controlled about 1/3 of Syria, supporting the Kurds.  This area under U.S. supervision (Hasakah Goverorate) includes important oil production sites, refineries, water reservoirs, croplands, hydro-electrical plants and the Tishrin dam. U.S.—Kurdish forces also have control over the principle roadways between Tehran to Beirut.  Lastly, ISIS is not yet defeated and remains a potent threat. Military strategists estimate that ISIS still has some 15,000 active fighters in Syria, and is “busy reorganizing them in light of these new developments.” (www.ynetnews.com )

A Middle East Power Vacuum: A Call for Intercession for the Region
Trump’s hasty withdrawal of American forces immediately creates a political “power vacuum” in the area.  Iran will now instruct its “fighters” to reclaim the roads between it and Beirut, thus allowing more weapons to be shipped to Hezbollah.  Syria under President Assad will invite President Putin and Russia to take control of these oil fields, thus ousting the Kurds. Turkey will also seek to crush the Kurds.

Another American military asset in Syria is a Special Forces base in Al-Tanf, near to the Syrian-Iraqi-Jordanian border triangle. From this military base (a former Conoco refinery) US air and intelligence forces operate against IS enclaves in the Deir al-Zour area. These troops effectively block Iran from transferring militias, missiles and other weapons through the land corridor from Iran via Iraq to Syria, and on to Hezbollah in Lebanon.  Earlier this year, intense fighting broke out between Russian para military forces and U.S. Special Forces at this location. (www.nytimes.com ).

From an Israeli and a Jordanian perspective, the withdrawal of American forces raises great concerns. The presence of U.S. troops currently blocks the establishment of the Al-Quds Forces (Special forces units of Iranian Revolutionary Guards) and the Shiite militias with them. These forces will now be able to freely operate along the borders of Jordan and Israel (www.ynetnews.com ).

Political Leaders Disagree
Tobias Ellwood, the Minister of Defense for the United Kingdom, expressed his disapproval of the decision. “I strongly disagree,” Ellwood said in response to Trump’s claim that Islamic State had been defeated. He warned that the organization “has morphed into other forms of extremism and the threat is very much alive.” Leaders from Germany, France and Australia also expressed their concerns saying that this sudden withdrawal could “jeopardize achievements on this front” (www.timesofisrael.com ).

In the US, senior members of Trump’s own Republican Party denounced the decision as having a far-reaching, negative impact.  Withdrawing the troops, said Senator Lindsey Graham, a recent staunch supporter of the president, would be “a big win for ISIS, Iran, Bashar al-Assad of Syria and Russia.”  Fellow GOP Senator Marco Rubio also condemned the move, saying that a full, rapid withdrawal would be a “grave error” that had implications beyond the battle against Islamic State.

Prime Minister Netanyahu announced that Israel will study the US decision to pull its forces from Syria and will ensure its own security.  He said he had spoken over the past two days with US President Donald Trump and Secretary of State Mike Pompeo about their intention to withdraw troops from Syria.  And “They made clear they have other ways to have influence in the area,” Netanyahu said (www.jpost.com).

Please Pray
Nevertheless, Israel is now in an ever more precarious situation, security wise.  Iran is seeking to upgrade Hezbollah with GPS guided missiles.  Please pray for Israel, that the arrow that flies by day or the terror by night would not come near them.  Pray for wisdom for Israel’s leaders at this time, to know how to frustrate the plans of their enemies who desire to destroy them. The Kurds also need prayer as their “protectors” have left them.

Patriot Missiles Sold to Turkey
In another surprise this week, the U.S. has agreed to sell Turkey Patriot anti-aircraft/ballistic missiles.  The contract totals over 3.5 billion dollars. President Erdogan had previously threatened to buy S400 missiles from Russia.  The United States then found itself in a difficult position with Turkey being a NATO member cozying up to Russia.  However, this sudden sale coupled with the quick announcement of the U.S. withdrawal of troops from Northern Syria and areas alongside the Turkish border suggests that perhaps a lucrative defense contract, U.S. political wishes to keep Turkey in NATO, and the avoidance of Russian missiles in that land, might be factors in leaving the Kurds defenseless.  Erdogan had earlier stated that he could not guarantee the safety of U.S. troops that were embedded in Kurdish units alongside Turkey’s border. Turkey is also no friend of Israel.

Pray for this whole situation.  May everything that is hidden in darkness be brought into the light.  May the LORD bring his peace to the Middle East, a land where there is no peace!  Jesus, be revealed in the hearts of those who seek after your peace.

Israel on the Moon
Israel will soon launch its first moon lander, a 1300-pound satellite.  A private Israeli corporation named SpaceIL along with Israeli Aerospace Industries has funded its development.  President Morris Kahn, head of SpaceIL announced:  “The launch of the first Israeli spacecraft will fill Israel, in its 70th year, with pride. It is a national accomplishment that will put us on the world’s space map” (www.spaceil.com/news ).  The spacecraft will be shot into an elliptical obit to save fuel, and be programed to land on the moon February 13, 2019.  The moon lander is named Bereshit from the first words of the Bible “In the Beginning”, in Hebrew.  The Bereshit or Genesis lander will perform a number of important experiments and tests while on the moon.   It will also place an Israeli flag on the moon’s surface.  SpaceIL’s lander will touch down in Mare Serenitatis, the “Sea of Serenity.” When that happens, Israel will have the honor of being the fourth nation to have a satellite land on the moon, after Russia, the U.S. and China.

Christmas in Asheville
Marylois and I will be joining family in Asheville, North Carolina, a beautiful city at the foot of the Smokey mountains.  We pray during this season that your hearts may be filled with joy, and that you hear the angels’ song in your heart: “Peace on Earth, Good will to men.”