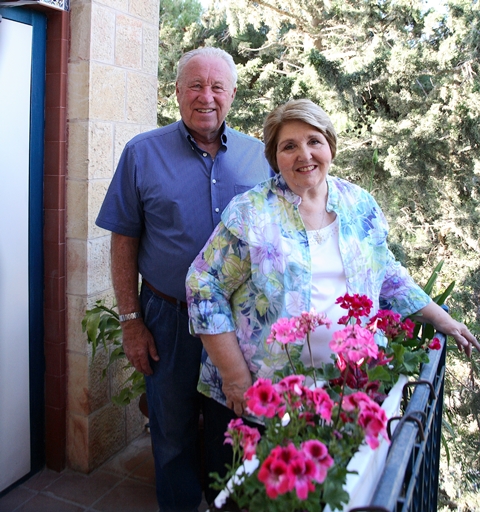 “Then he said unto me, Son of man, these bones are the whole house of Israel: behold they say, Our bones are dried, and our home is lost, we are cut off for our parts.  Therefore, prophesy and say unto them.  Thus saith the LORD God; Behold, O my people, I will open your graves, and cause you to come up out of your graves and bring you into the land of Israel….And shall put my spirit in you and ye shall live, and I shall place you in your own land: then shall ye know that I the LORD have spoken it, and performed it, saith the LORD.”  Ezekiel 37:11-12, 14

Happy 70th Independence Day greetings from the nation of Israel!  The whole country is celebrating and observing this day, a momentous time in Israel.   Independence Day or Yom HaAtzmaut is celebrated on the Hebrew calendar which makes Israel’s birthday almost a month earlier than May 15th, 1948 when Israel’s David Ben Gurion first announced its statehood.

Seventy is highly symbolic number.  Biblically E.W. Bullinger, author of Number in Scripture, states that 7×10 signifies perfect spiritual order, carried out with all spiritual power and significance. Secondly, the number 70 is considered the number of universality or restoration of all things.  Seventy represents restoration in that it refers to all the nations.  Genesis 10 records all the descendants of Noah and reveals that there were 70 of them.  Of this group the nations were formed and restored after the flood.

Jesus also sent out 70 disciples. They were to proclaim the kingdom, and their number was a sign of God’s plan to restore all nations.  The Lord plans to restore (harvest) all the nations to Himself through His Son who has the power to subject all things to Himself (I Cor. 15:25-28, Phil. 3:21).  As a part of God Master plan, God used Jesus and Israel to be the light that would bring the Gentiles (the nations) to the Father God (Is. 60:1-6, Mt. 4:14-17, Lk. 2:30-32).  Israel was to be a light to the gentiles.  They had the Law, the Torah, the Prophets and the promised Messiah. They were to be a “holy people” separated unto God.

Independence Day in Israel is commonly known as “barbecue day.”  Everyone that is able goes to the parks, the beaches, or their backyard, and grills on the barbecue.  It’s a day of festivities and fireworks.  Over 200,000 Israelis were at the country’s national parks today (www.timesofisrael.com ).  A national bible quiz was also held.

The Israeli Air Force even puts on an annual air show, flying over every major portion of the nation with its aircraft.  This year included participation by Naval ships and paratroopers in Tel-Aviv.  The previous day in this land marked “Memorial Day.”  A somber observation of the 26, 000 military, police, and border patrolmen killed in this nation’s past wars and conflicts.

“The bones are no longer dry.”

Today, I attended a conference hosted by Christian Friends of Israel.  One of the main speakers was Member of the Knesset Yehuda Glick.  He shared with us “highpoints” of what it means to “dwell in the land of Israel,” He spoke of Ezekiel’s vision of the dry bones, and then referring to the nation of Israel, loudly declared: “The bones are no longer dry.”

It’s true, the LORD has brought his people back from the ends of the earth, back from the horrors of the holocaust, and formed a mighty nation.  After nearly 2000 years of being scattered throughout the nations, the Jewish people have a state.  And they as a people are coming to realize that the LORD’s words to Ezekiel have truly come to pass, for only He could have performed it (Ezek. 37:14)

MK Glick reminded us that this nation once was a desolate wasteland, but now Isaiah’s prophesy has come to pass:  “He shall cause them that come of Jacob to take root:  Israel shall blossom and bud, and fill the face of the world with fruit.” (Is. 27:6).  Israel not only exports fruit, but its people share their technology and medical innovations with the world.

Yehuda Glick also spoke of Zechariah’s word that: “the streets of the city shall be full of boys and girls playing in the streets thereof.” (Is. 8:5).  This scripture is being fulfilled daily.  One of the places I like to take visitors is to the Jewish Quarter in the Old City.  There by the remnants of Nehemiah’s ancient wall is a playground, which is frequently filled with children laughing and playing.  I point out that this simple playground is another example of Biblical prophecy regarding Israel coming to pass.

Even so, please pray for Israel and the Jewish people.  Pray that Zechariah 8:13 would be fulfilled:  “That as ye were a curse among the heathen, O house of Judah, and house of Israel; so I will save you, and ye shall be a blessing…”

Pray that God’s Spirit would fall upon the Jewish people.  While the nation of Israel laud’s its many accomplishments, they remain apart from their God.  Many Israelis are secular and non-religious.  Others who say they are religious remain caught up in laws, traditions and observances.   Pray that Zechariah 12:10 would come to pass: “I will pour upon the house of David and upon the inhabitants of Jerusalem, the spirit of grace and supplications: and they shall look upon me whom they have pierced, and they shall mourn for him…”

While Israel remained alert today against Iranian missile attacks, a sudden 5.9 earthquake struck an area near Iran’s Bushehr nuclear plant.  Whether this facility is capable of producing enriched uranium to support Iran’s nuclear program is questionable.  However, I feel this “shaking” is a strong message sent by God to the nation of Iran.  “Do not touch the apple of my eye.”  He who watcheth over Israel neither slumbers nor sleeps. Pray for Israel and the Jewish people, that the hands which seek to do mischief against it are tied.  Pray against terror attacks, missile attacks and any form of retaliation by Iran, Syria, or Hezbollah.

Worship at the House of Peace

We had a wonderful time of worship at the House of Peace tonight to conclude our “barbecue day” celebration of Israel’s independence.  Pastor Bruce and team from the Gold Coast, Australia is staying with us, as well as a sister from Taiwan.  Pastor Andres from Berlin, along with his team from “the Father’s House” on the Mount of Olives joined us for an evening of praise and worship. The Savior’s love to us was manifested through fellowship, and ministry.   It is good to be in the House of the Lord and give Him the praise and honor He deserves.

Marylois and I will be traveling this weekend to Bucharest, Romania.  We dearly appreciate your prayers for safekeeping, health, divine opportunities to share Jesus, and our entry back into the land of Zion.