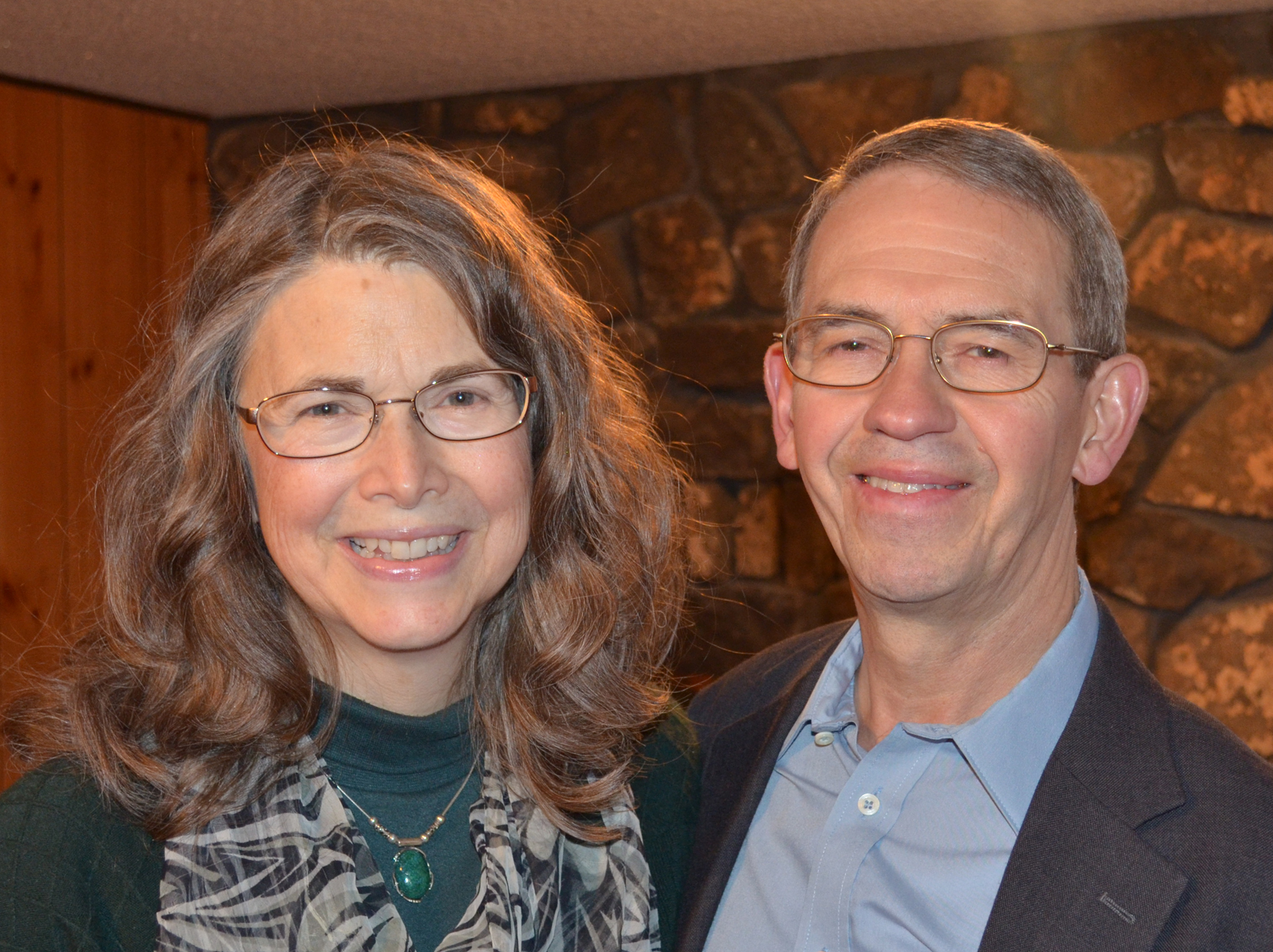 Loving greetings from Engeltal! We are nearing the closing of the Hebrew month, Elul, which is a time of preparation for the civil New Year that takes place beginning Sunday night (September 9) with the Feast of Trumpets. Then begins the ten days of awe leading up to the holiest day on the biblical calendar, Yom Kippur, the Day of Atonement. All of this is a time of heart searching and repentance. We know that we should all practice Ephesians 4:26-27 AMP, “When angry, do not sin; do not ever let your wrath (your exasperation, your fury or indignation) last until the sun goes down. Leave no [such] room or foothold for the devil [give no opportunity to him].” But sometimes anger and hurt linger, becoming bitterness and resentment.

Many years ago, I received deliverance from a long-held grudge simply by the revelation of Jesus’ words from the cross, “Father forgive them, for they know not what they do.” I realized that the person against whom I felt such bitterness had never intended to hurt me and the resentment drained out of me like filthy bathwater when you pull the plug. A wave of the grace of God to forgive flowed over me like a tidal wave. Most people really do not hurt us deliberately, and if they do, it is generally because they are so wounded inside themselves that they are demonically driven to “share their pain” with others. When you understand that, it’s easier to forgive and become that person’s intercessor.

Forgive, or You Won’t Be Forgiven: Jesus was very clear in His teachings that if you don’t forgive, you won’t be forgiven.[i] People who have had visions of or visits to Hell report that they have seen Christians there because of unforgiveness. Now is the time to “drop the issue, let it go”!

A friend of mine told me a story of how she and her husband had had a fight and she retreated to the bedroom in tears to pray. The Lord made it clear to her that she had to forgive him in order for her to be forgiven. So she went back and grudgingly told her husband that she forgave him. He laughed and said, “I forgive you too.” That made her more angry as she didn’t feel she had done anything that needed to be forgiven. When she returned to the bedroom and told God that she had forgiven her husband, He said, “I forgive you in the same measure that you forgave him!”

Feast of Trumpets: During the month of Elul, the shofar is blown each day in preparation for the Feast of Trumpets (starting Sunday evening). Something amazing happens when the shofar is blown. The word shofar comes from the verb shafar meaning to cut, scrape, or polish. The sharp sound of the shofar cuts through the darkness and causes trembling. The first mention of the word is in Exodus 19:16 when God came down on Mount Sinai with thunderings and lightnings and a thick cloud, “and the voice of the trumpet [shofar] exceeding loud; so that all the people that was in the camp trembled.” As the shofar sound has been going forth in the earth, it has been cutting a path in the spirit realm for the grace of God to pour through to enable us to repent, forgive, and go on into the New Year having cleaned our slate of our sins and offenses. When we forgive others, our Father will also forgive us.

Jesus challenges us to take it even higher in Matthew 5: 43-48 AMP “You have heard that it was said, ‘You shall love your neighbor (fellow man) and hate your enemy.’ But I say to you, love[ii] [that is, unselfishly seek the best or higher good for] your enemies and pray for those who persecute you, so that you may [show yourselves to] be the children of your Father who is in heaven; for He makes His sun rise on those who are evil and on those who are good, and makes the rain fall on the righteous [those who are morally upright] and the unrighteous [the unrepentant, those who oppose Him]. For if you love [only] those who love you, what reward do you have? Do not even the tax collectors do that? And if you greet only your brothers [wishing them God’s blessing and peace], what more [than others] are you doing? Do not even the Gentiles [who do not know the Lord] do that? You, therefore, will be perfect [growing into spiritual maturity both in mind and character, actively integrating godly values into your daily life], as your heavenly Father is perfect.”

God is looking for His children to grow up and mature so they can act on His behalf as the sons who have become adults and joined Him in the family business. All of creation is groaning and travailing for their manifestation. It starts with recognizing our childish behavior and rejecting it instead of making excuses for it! Then we take the Word of God as a sword and cut away the wrong thinking. Let wrong thinking die of neglect. Purposefully refuse to feed wrong thoughts and attitudes and they will shrivel up and waste away. Feed your thinking on the Word of God and your mind will grow into healthy maturity.

Shofar People: As we prepare ourselves for the Feast of Trumpets and the following feasts of Atonement and Tabernacles, consider that our Father is looking for a people who will be in His hand as a shofar, and when He blows His breath through us, demons will tremble and flee. Here’s a short lesson on how to make a shofar. Ponder if perhaps some of the things you have been experiencing are a result of God being at work to make you into His shofar.

Generally, an animal has to die in order to get the horn. Then it is struck to loosen and remove the inner cartilage. It is heated, either with a flame and or submerged in sand in an oven at 500-600 degrees, in order to cause the horn fibers to relax enough to be bent into the right shape. Once it is in the shape the maker wants, it is hardened by plunging it into cold water. The maker then takes it to the grinder to grind off the unwanted bumps, cracks and ridges. Now it’s presentable, but it’s still not blowable! The narrow end is heated again over a flame and a punch tool is hammered in, then various drills are used to clear the airway and form a mouthpiece. Then there’s more polishing and finishing to give it a lovely appearance. Then the craftsman tests it to see if it has the right sound—if not, it has to go through some more adjustments.[iii] Once it is sold, the new owner still has to deal with the stench of death—the decomposition of anything that is still left inside that doesn’t belong there. There are numerous methods for getting the smell out, including scrubbing it with a toothbrush, filling it with vinegar water, or hydrogen peroxide, or fish tank gravel, or Oxiclean, baking soda, neutralizer spray, or even ground coffee.[iv] The point is, think of the situations in your life that God has allowed to form you into an instrument He can use to cut through the darkness in the earth and bring the Kingdom of God! Don’t be discouraged! Get excited and thankful for all He is doing!

Thank you! We are so grateful to each one who is sending support to help us keep the lights on, etc.! The renovations have begun at St. Johns now. Old, tired cabinets and carpet are removed and repairs to the floor are being made. Engeltal is in transition. We too are being made into shofars for the outpouring that is upon us!

In Matthew 18:21-35, Peter asks Jesus if it’s enough to forgive his brother seven times, and Jesus responded that he should forgive seventy times seven. If it’s in a twenty-four hour period, that’s an average of every three minutes if you don’t sleep! Jesus goes on to tell the parable of the king who forgave his servant’s debt because he couldn’t pay it, then the servant turned around and demanded payment of a much smaller debt from his fellow servant and had no compassion. The king withdrew his forgiveness of the man’s debts and threw him into prison. Then Jesus followed the story with these words, “My heavenly Father will also do the same to [every one of] you, if each of you does not forgive his brother from your heart.” (AMP)

[ii] “The key to understanding this and other statements about love is to know that this love (the Greek word agape) is not so much a matter of emotion as it is of doing things for the benefit of another person, that is, having an unselfish concern for another and a willingness to seek the best for another.” Footnote from the Amplified Bible.